My best friend is changing. He used to be weird. Different. Unique. That's what made him my best friend. I've known him since 7th grade (he used to like me all the way til sophomore year) & ive always believed him to be someone I'll know til after high school (we're juniors now) Idk about that now. & idk if I should continue to put in effort in our friendship or just let him go.. my emotions are mixed right now. I have a lot on my mind aside from this. I can't think clearly. When I'm under stress or so, I usually think about getting through things on my own & letting people go. I live in Houston so Hurricane Harvey is hitting us bad. My house got flooded. My neighborhood is flooded. Part of my family is stuck in deeply flooded places with nowhere to go cause there's currents. I feel lost. 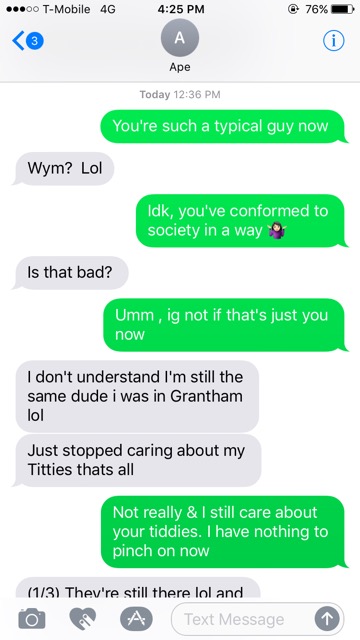 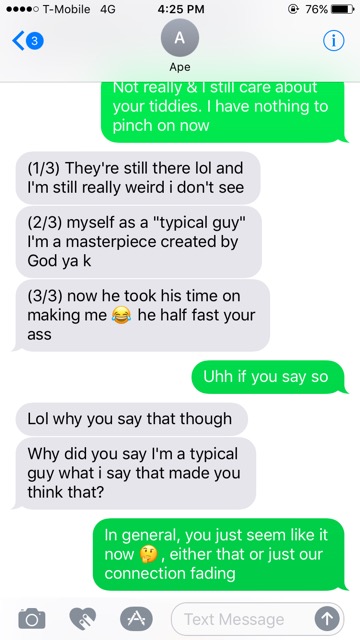 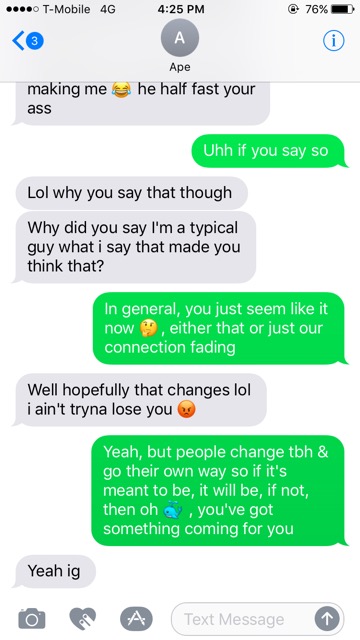 Update: that was not the beginning of the conversation, I simply pulled it up to the part that was relevant to the post. The conversation itself was right after hanging up which we were talking about some girl that used to flirt with him & other guys. & no, the way he changed isn't good. Back when I met him, he was different to most guys because he could barely get girls. Now that he buffed up & got skinny, he talks about "hitting it & quitting it" for most girls. He had said it during our phone call, I hung up, then I texted him that. I guess I wasn't clear on that part tho so I understand yalls as well as his confusion. & thanks. I just sent him this, I'll just have to wait & see what he says. 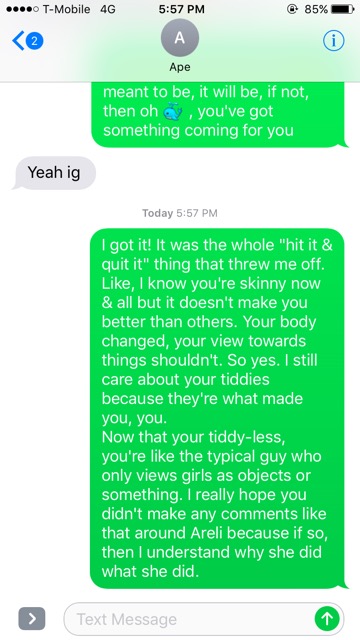