I mean, what would you do? 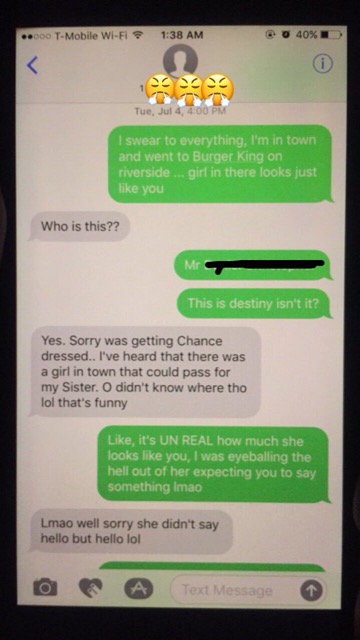 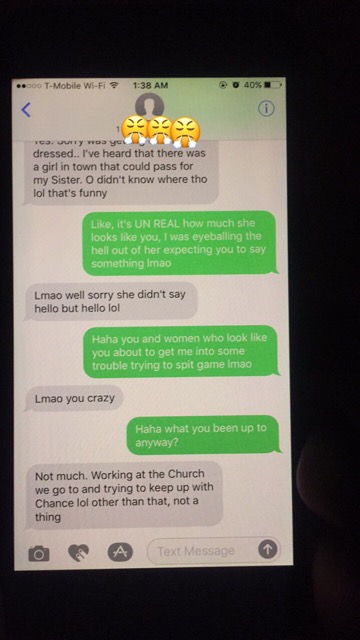 Most people might say " oh you shouldn't go through your mans phone" and blah blah blah, and normally I wouldn't. I woke up to use the bathroom seeing that I'm 8 months pregnant and have to pee every hour. As I was getting out of bed, his phone was laying under me. I'm guessing it slipped under me as we've rolled over through out the night. Anyways, something was telling me to look at it. So of corse I did. I found nothing at first. I was getting ready to just say okay whatever and lay it back down beside him, until I noticed a number that looked familiar, but didn't exactly know who it was, because he doesn't have the number saved.

The reason why I'm even asking what would anyone of you do is because this is a bitch who he used to fuck on a regular a few years before we got together. We've been together 5 years now. We've had a few rough patches here and there as most relationships do. As you can see, it's really nothing said besides the fact of him basically saying:

She didn't respond to it like most bitches would and probably not how he wanted her to respond, but it still pisses me the fuck off that he's even trying to talk to someone of his past like that, after what we have been through and knowing I'm about to have his first son in just a few short weeks.

Should I just let this one go, since it's not a lot to it? Or should I bring this to his attention? I'm sure just like any other boy (can't call them men when they want to pull shit like this) his ass is gonna have 163 excuses as to what he meant and yada yada. I'm really trying hard not to be the bitch I normally can be in these shituations, being so pregnant right now isn't helping anything tho.

I found a few other things in his pictures that bother me as well. Like this one meme that says "that one FB friend you wanna fuck" a tons of ass and titty screenshots he saves from the internet. Normally it doesn't bother me, but lately it has became excessive and some of these so called screenshots don't look as "professional" as the ones he normally saves.

I'm trying hard not to blow anything out of proportion, and be petty about this.. as I tend to be distant from him when I find things as such, but I'm extremely pissed at him for this. If he found some shit like this in my phone, oh boy, it'd be World War III.