Where we going? Where are we?

I used to be so sad that I felt useless. One day my bf texted me saying he wasn’t getting off the car, to get ready and go outside. I thought that was weird, he usually never wants to go out especially after work. I did anyways, we drive up to Phoenix and ended up in a sketchy place! To make it even more sketchier parked next to a Walgreens and was on his phone. We are new to Arizona and live about 40 minutes away Phoenix. I had no idea where we were and I was annoyed that he wasn’t telling me. He gets off and I follow him out. Then we walk up too some women. Then she asked if we were the ones interested in a puppy. My heart!!!! I couldn’t believe it. I had been asking him if we could get a pet for a whole year. The whole way home, I kept bugging him, if it was real and he would just chuckle and smile at me. That was 5 months ago and my little puppy has really not grown at all! lol She’s so tiny and adorable. Looovveeeesss to sleep, and I haven’t been happier. Such a tiny little puppy changed my life. Now I can’t imagine when I finally do get pregnant and have another little reason to be so happy about. 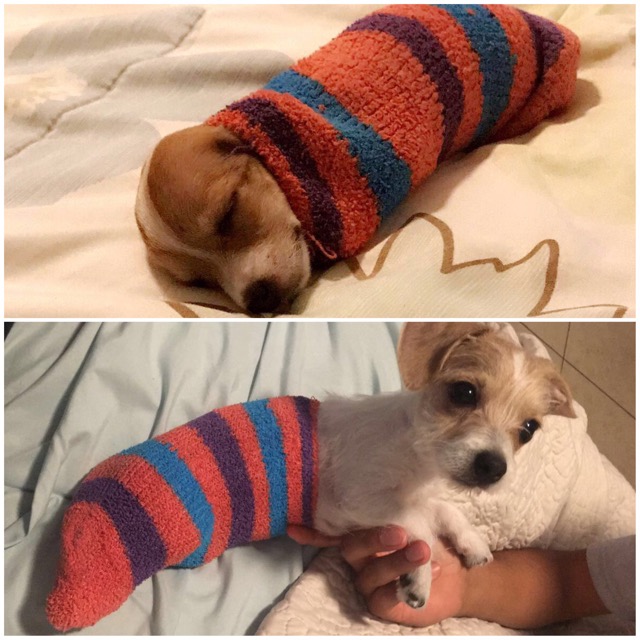 That’s a normal size fluffy sock, she used to love to be cuddled with her inside of it, now she hates it. 😂