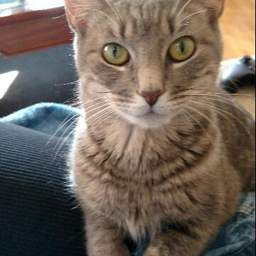 Sex Talk
safe place to talk about sex and not be judged!

so my boyfriend and i have been living together for 2 months but haven’t been able to have sex at our place very much bc if work. two nights ago i bought some new lingerie and send him a picture of me in it. he texted me afterwards saying i was gonna get it last night

it was sooooooo amazing y’all go get urself some dick 😩😩

UPDATE// so him and i had some more crazy sex last night 😛 should i do a part two??🤔

okayyyy so i saw the comments about how this was difficult to read and i’m so sorry!! i was typing this in a rush because i wanted to do it quickly so i didn’t forget anything if i wrote it later. HERES UR PART TWO!

soooooo it was it was our two year anniversary a little while ago and he woke me up before leaving for work and said we were gonna do something special that night. I wanted to be a good gf however so i decided to make him dinner because i knew he’d be coming home too late for us to go out anywhere. once he came home we ate dinner and he gave me a promise ring for our anniversary which was sooo sweet 😩 and nothing like him

i was feeling really happy (and horny ofc) so then we went to the bedroom and he said he was tired and wanted to go to sleep so i put on my sleep clothes (leaving on my lingerie underneath) and then we cuddled. i was really disappointed bc like i wanted someeeee dick. then right when i was about to fall asleep i feel him lift up my shirt and start kissing all on my stomach. i was soooo happy. then he started kissing me and taking off his shirt. after that he slipped his hand down my panties and told me how wet i felt. he began to go down on me while still playing with it with his fingers. after i came idk how many times he then told me to turn over and we did it doggy style. after that i fell right to sleep

and the next morning we did even more 😏 then he made me breakfast. it was so great (p.s. sorry for using then so many times. (i saw the complaint 🙄))

TELL ME IF U WANT MORE UPDATES!!