Was this a miscarriage?

I am currently pregnant, almost 12 weeks along this pregnancy is going smoothly so far but I keep worrying because last summer in the end of June early July I started what I thought was my period for the first time in about 3 1/2 months, I kept bleeding and passing massive clots until mid august off and on, some days I would spot a little and then the next day just be passing clots and what looked like tissue, I was on nexplanon at the time and I had been on it for around a year and a half, I thought it was just the nexplanon at the time, so august 16th I got it removed but I still bled for about a week after that, the reason i now think it was a miscarriage is because I'm only 11 1/2 weeks along and I'm showing quite a bit

I always heard that when you have your second pregnancy you'll show early? I'll post a photo of my belly for reference, also I'm very small, I'm only 4'9 and I was 115 before I got pregnant, now my weight fluctuates between 120-124 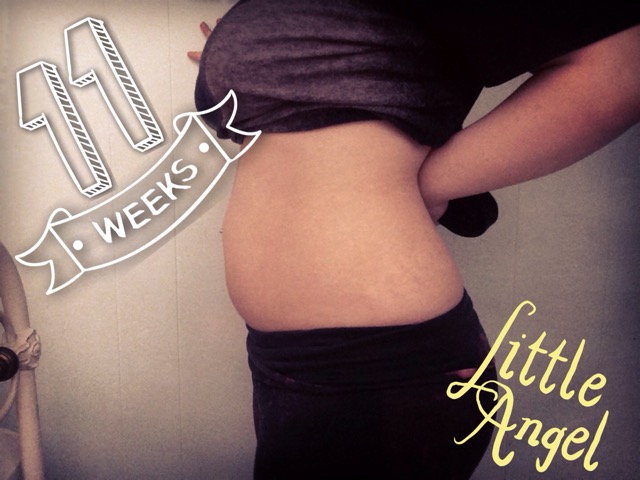