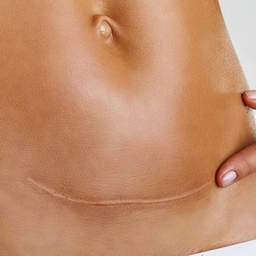 I have just over two months left in my second pregnancy and I keep going back and forth between just scheduling my c-section or trying to labor first. My first was born via c-section because he was found breech at 38 weeks. They wanted to turn him but I refused and opted for the surgery because I was less comfortable with them trying to turn him than I was with the surgery. Both mine and my husbands family have only ever been able to give birth via c-section (all the women are around 5 feet tall and have large babies. I’m 5’0” and my son was 8 lbs 13 oz when he was born 3 days before my due date). I came into this pregnancy wanting to try to labor but the more I talk to my husband, my Dr and my family, it seems like scheduled surgery is the way to go. My aunt had two kids via c-section after her Dr told her that she was a good candidate for a vbac after the first (which my dr with my first told me as well) and ended up having major complications after laboring and not progressing. My uncle (her husband) was talking to me about it and just seems really concerned because with their second, it became a life or death situation and they both really think it’s just safer to have the surgery for both the health of myself and the baby. So now I’m just scared of going into labor at all because my first c-section went so smoothly. I’ve never been ashamed of having a c-section and I never understood the stigma against it. But with all the stupid shit you see on social media and even this app sometimes, I can’t help but feel like less of a mom if I don’t labor first because I don’t know if I can give birth vaginally because even my first ended up being scheduled. Thoughts? What would you do?