3 years!!!!!!! I’m lost for words I honestly can’t explain the happiness and joy I am feeling- it’s hard not being able to scream it from the rooftops!! But we’re waiting until 12 weeks!! I can’t even.. it doesn’t feel real, I never in a million years expected to see this, 3 years worth of BFN does that to you, you think it will never happen, I gave up hope, I stopped symptom spotting, for all of you out there giving up/ miracles CAN happen god is good!!!!! Don’t give up hope, something just told me to test, I was a little nauseous the last 2 days/ nothing major it’s happened before I’ve been crampy so convinced af was coming for a few days now, I broke out on my face which was unusual but we’ve stopped trying to put everything down to something. And it happened!!

For those of you wanting to know what we did differently, I stopped stressing (which is hard but after 3 years it does happen) used opks bd every night of window, oh stopped drinking Pepsi (he drank a lot) he was taking zinc and selenium for the last few months, we used preseed, I lay still after BD who knows what worked who knows if it was any of that, but just know you are not alone in your journey 💕 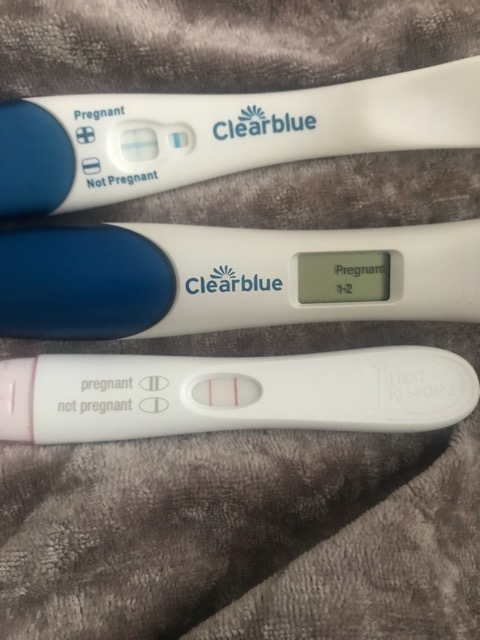