Third Time Moms
Any 3rd time (to be) mummies here? Is your pregnancy different to the others? Let's chat ?

Okay, so.. I took a pregnancy test this morning and it was clearly positive. At the three minute mark. 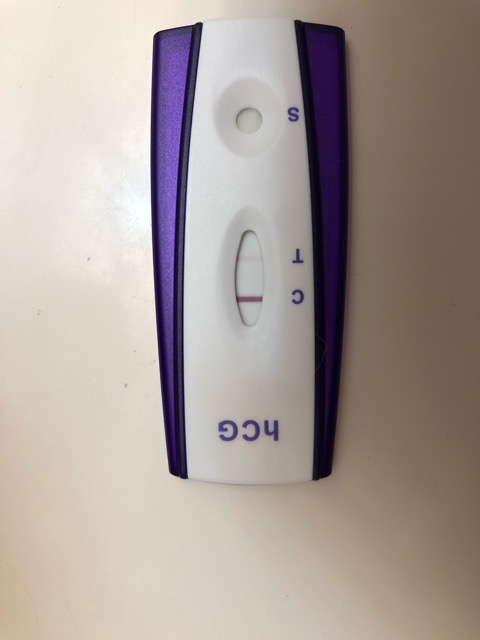 But as you can see, it’s faint. It didn’t show up right away. (Also, I’ve taken three of these test over the past three days and they’ve all been positive)

So I downloaded a <a href="https://play.google.com/store/apps/details?id=com.glow.android.nurture">pregnancy tracker</a> and it estimates I’m four weeks along, right? But that line seems awfully faint to be four weeks along. So it’s very well possible that I ovulated late, right? And that’s why it’s faint like that? I’m pretty sure (could be wrong) my husband and I had sex on the 28th and 29th.. I’m pretty sure we did not have sex during the estimated fertile window or the week before my fertile window. I’m so confused!

When I got pregnant with my son I was 4 weeks along and the line showed up immediately on the test I took. (That was two years ago)

And I’m so sorry if I’ve posted in the wrong area, I have no idea where to put this.