Confessions & Secrets
Feel free to confess here whatever you'd like! Whether it's silly, serious, sexual, etc,

Scared of everything (possible trigger?)

When I was younger my older sisters used to basically torture me. They are significantly older than me and when my mother would work night shifts they were in charge of taking care of me.

I can’t remember exactly when it started but I remember around the time I was 5 for Christmas they got these matching porcelain clowns. 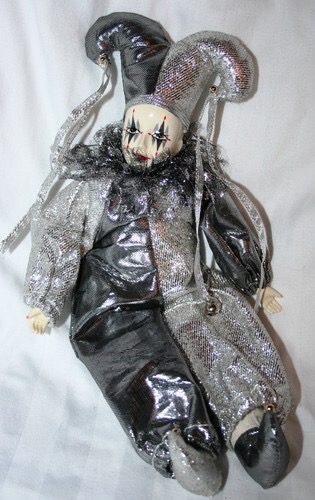 They looked a lot like that one but one was silver and the other was gold.

They told me that the clowns didn’t like little kids, and it mad them mad when i acted up or got to hyper and if I made them to mad they would eat me.

So they put the clowns in a chair in front of my closet and placed them so they were staring at me.(they said they told them to)

At night they would move them closer to me if I had been “bad” that night.

Well one night after being hyper and them warning me they put one of the dolls in bed with me and put the other on my night stand facing me. 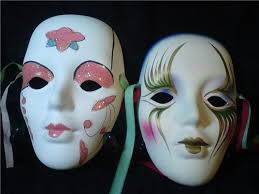 Since the 3 of us shared a room I was basically forced to stare at those masks every night... I guess my sisters thought I’d gotten to old to actually be scared of the clowns so they started using the masks.

They told me the masks were actually demons and if I didn’t go to to sleep when I was told that they would come back to life, eat my soul and drag me to hell.....

This time one of my sisters actually put the mask one and when I’d finally fallen asleep she pulled me out of bed by my ankle and was dragging me under her bed. My other sister ran into the room and was “trying to help me”.

Once she finally got me “free” I’d pissed my pants and needed a bath. While bathing my sister in the mask came into the bathroom and peaked around the curtain just enough so I could see her and I started to scream.

My first scary movie ever was scream. After the movie my sister told me to go outside and feed the dogs, the sun was still setting so it didn’t seem like a big deal to me.

After filling up the bowl I tried to go back inside the house but the door was locked, so I went to walk around the house to the other door but instead this figure wearing the scream costume came around the corner... I assumed it was one of my sisters and told them it wasn’t funny.

But the voice that responded was male and didn’t seem familiar. I took off running and tried to get in the front door but it was locked to.

We lived on a dead end road in the middle of no where but we were right down the road from my aunt so I ran towards her house with the man chasing me. About half why there I noticed her car wasn’t in the drive way and started freaking out.

I banged on the door for a second but no one came out, so I ran towards their barn. The doors were locked with a big chain and pad lock but opened just enough that a skinny 7 year old could just squeeze between them. When I was squeezing between the doors the man ran up and told me to stop and tried to grab me but I yanked myself free. Once in the barn I hid in the corner behind hay bales, and sacks of feed.

My sisters and the man called for me for a little while but I refused to come out. After a few hours my mom and aunt came home and had to pull men out of the barn. The man turned out to be my sisters new boyfriend.

They did shit like this to me for YEARS, as a result I am terrified of almost everything.

I refuse to close my eyes in the shower because I’m terrified that when I open them again something will be there.

I can’t walk down my own hall way in the dark without having a panic attack.

The only time I take my glasses off is to wash my face, because they used to hide my glasses from me and now I have panic attacks when I can’t see.

I have to sleep with the tv on in my room and have night lights all through the house.

I also have my closet “locked” with a jump rope tied around the knobs.

I know this shit is irrational, and I’ve talked to my therapist about it but it’s one thing I can’t over come.