So, I like to watch YouTube vlogs. One of my favorite channels is Kaelin & Kyrah. If you’ve never heard of them, they’re a young couple who have been together since middle school and got married young at the age of 19. At the age of 20 they found out they were expecting without necessarily trying. They documented their whole pregnancy and birth. They recently bought a house, their dream car and are doing very good for themselves. Now, here’s the “controversy”...they had their son almost 2 weeks ago, and they are very very straightforward with their thoughts and feelings. The mom struggled with baby blues, breastfeeding and other issues. She made a video expressing this and being very honest saying she didn’t know how hard it was. Now, yesterday the dad, Kaelin, released a video of him talking about the first week and HIS feelings. He was very blunt saying “the baby ruined their lives as they knew it” “they regret having a baby so young” and “sometimes they feel like they don’t want to take care of him anymore”. Now that being said, he also said even though it’s hard they love him more than anything and wouldn’t trade the undying love they have for him. He’s getting major major backlash for being so harsh and blunt. But others are saying that he’s just saying what a lot of new young parents feel. He did also reiterate that he said “the baby ruined life as they knew it and started a new chapter as parents”. Do you think he was too harsh? Or is this a reality new parents think but won’t say? Is it “taboo” to outwardly and publicly express these feelings? 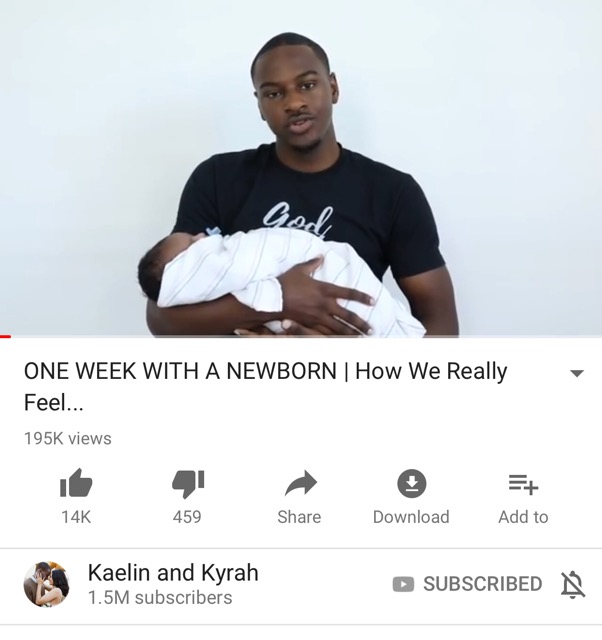