Chit Chat
The talk-about-anything group - friendships are made of this!

I have battled with it my whole life.

I grew up with a mother who chose to dress me in boy clothes, wouldn't let me shave, I had the WORST acne, she didn't let me socialise, when I did, she found something wrong with my friends and made me severe contact with them, when I turned 18 and bought my own make up, she dictated how I would wear it. She always told me I was too thin, told me I smelled bad, made me feel like I was of no value to any one. Growing up she told me my sister was the cuter one. Let her have freedom I was never allowed even though I was older.

So you can imagine when someone told me I was pretty, I argued with them. Like, no. My mother said I'm unattractive, smelly, and butch. No way I'm pretty.

I'm 31. Self esteem is still a battle which I fight. There are days i do think "yes I'm pretty, I will wear that dress and apply that makeup!!!"

But there are also days I look in the mirror and think "No, you're not pretty at all. Who would EVER want you???"

Because of this, I have a personality that is easily loved. I make friends all over the world because I am personable. I'm funny. Smart. I'm intuitive.

It took me years to even think I was average.

By no stretch of the imagination do I think I'm beautiful. But I finally got to the point where I think I'm average.

I've stopped telling myself I'm ugly. And that's the hardest part. Because the moment i stopped saying I was ugly, people started telling me I was conceited. I was told by others I was ugly and didn't deserve compliments.

We live in a society that's obsessed with beauty. It doesn't matter if it's Photoshopped or natural. If you don't meet the standards, you don't fit at all.

So it's here I encourage you; post a pic of yourself, your natural self, no filters, just you. Whether you're in makeup, a dress you love, a candid moment, I don't care. I just want to see women with confidence sharing THEIR confidence, raw and unfiltered. And I encourage other women to build that person up.

If you're proud of who you are, and how you look, others should be too. So be kind. You don't know the battle someone has been in to find their value.

Lets build each other up instead of tearing down for once, please?♡ 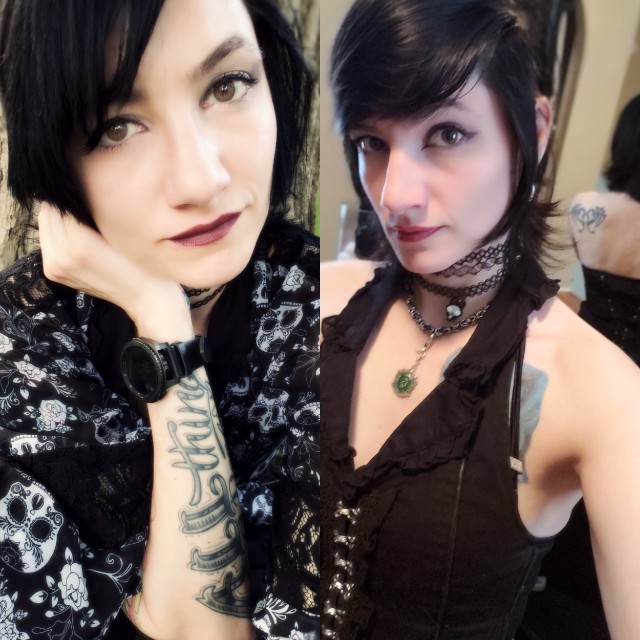