TTC & Plus-sized
I only want people that are overweight in here. If you're 10+ pounds overweight join me please.

So, my boyfriend and I decided to start the Keto diet on June 6th. I didn't get a period in all of May, so on June 5th I went to my obgyn to get checked out. I was convinced I was pregnant. It was confirmed at the doctors that I was in fact not pregnant. The docotor did her exam and gave me the speech about being overweight and ttc. So, obviously I left there depressed and feeling like a failure. I called my boyfriend and told him what happened and he suggested we both (we're both overweight) start the Keto diet. I agreed and we've been doing it since June 6th. I have lost 22 pounds in the 8 weeks and I've never felt better. I've also heard a lot of great ttc success stories on the Keto diet.

These are my before and now pics. Left picture was before our diet, right was yesterday. Not sure if it's too noticeable yet, but I sure feel smaller. I just wanted to share my success so far. I'm currently in my 2ww and hoping for my BFP this month! 🤞🏼 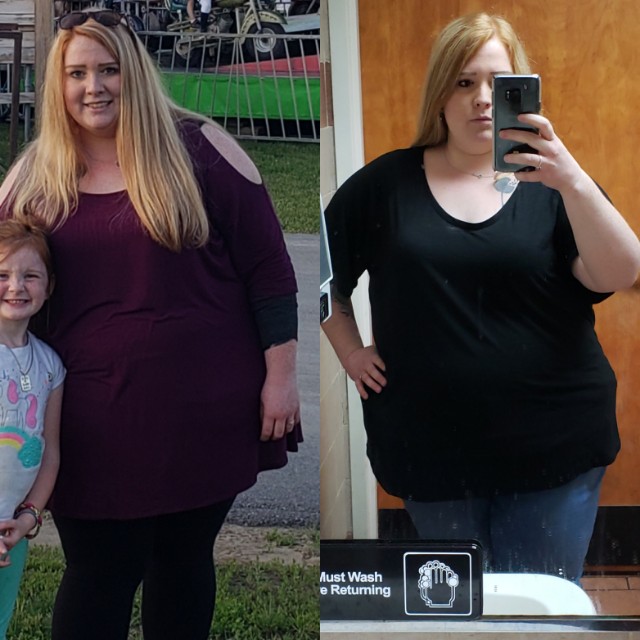