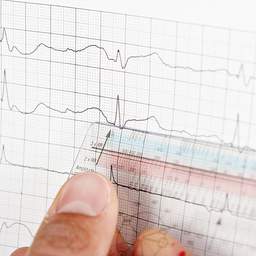 This is just so confusing! I use GLOW and FF (Fertility Friend). Up until today at 6:30a.m. both were in sync. They showed the exact same data as to when I will ovulate, when I will start my periods, everything was the exact same. Now today, AFTER I charted my BBT on both, FF changed while GLOW stayed the same! According to FF I have already ovulated based on my BBT. Here's the thing. Apparently I started my fertile window when I was still spotting on the last day of my period (as indicated by the red triangle on the FF calender). This doesn't make sense. Isn't that way too soon?! Meanwhile, GLOW shows that I should ovulate around the 18th. The same thing FF showed, until I put in my info this a.m. what the heck! A little frustrated here. Pics of screenshots of FF and Glow, below. And I have to get a coverline on GLOW. 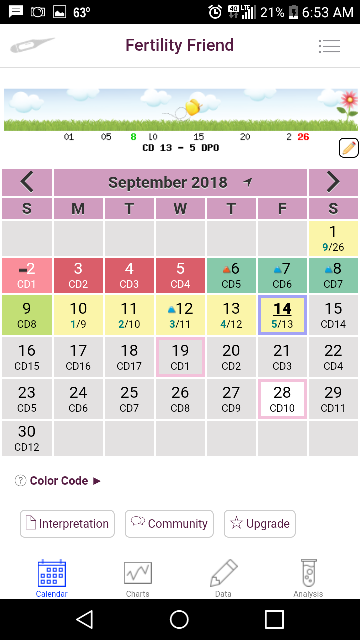 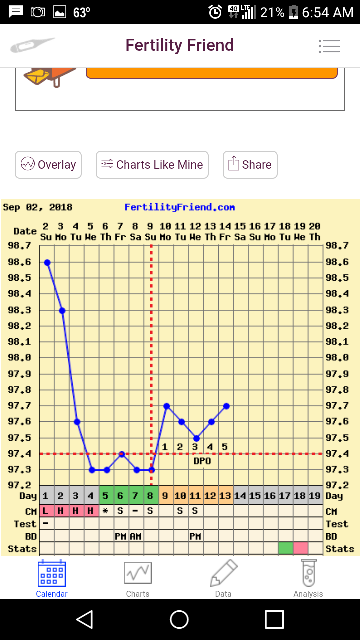 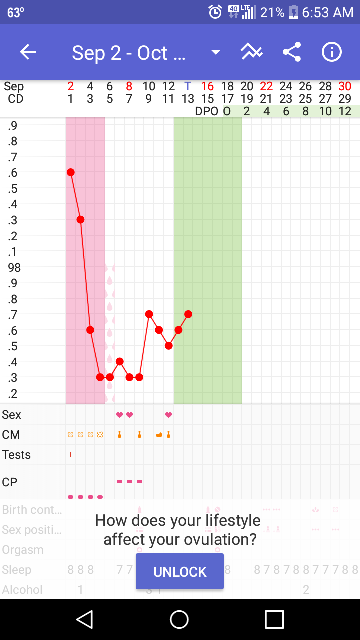