Early Pregnancy
Support For All the ladies who received their BFP this month. And all the months to follow.

Hi 👋 (Just for reference, today is Sunday 10/21/18).. I have two boys.. My cycles are longer, but pretty regular at about every 35-40 days.. My last period was August 24th.. I had sex somewhere between September 10th-15th?? and again October 10th & 12th.. I ovulated September 17th with positive OPK test.. Wiped with slight blood on toilet paper twice on September 29th and just figured my period was going to start, but have had not even a trace of bleeding since then.. My period was estimated to start on September 30th and didn’t.. October 6th I decided to take an OPK just because my period was 6 days late.. I got a positive OPK.. I was like ok??.. I’ve been getting positive and almost positive OPKs since (usually the line fades quickly after I ovulate).. October 16th (16 days late on my period) I decided to take a 5 day sooner pregnancy test.. The result was a faint positive!! I took another cheap one and got a very faint positive (both with evening urine)!! I went to the doctors on October 18th and had a negative pee test in office and a negative blood test.. She said I could repeat the blood test on October 25th if I still have no period.. Since the first tests on the 16th, I’ve been a bit obsessed because I just want to know, and I’ve taken about 15 tests.. Some with first morning urine and most with later day or night urine.. Half with very faint positive results and half with negative results.. With my first pregnancy I didn’t get a faint positive result until about a month after my missed period and I had a blood test that needed to be repeated because it was inconclusive.. Obviously I eventually got bright positive urine tests and a positive second blood test followed by my first son.. In summary I’m 59 days since the start of my last period, 21 days late on my current period, no period symptoms, no obvious pregnancy symptoms, about 7 faint to very faint pregnancy tests, one negative blood test and continual positive OPK tests.. I am just going crazy not knowing for sure 🤯!! What do you guys think 🤔? Has anyone had a similar situation??? 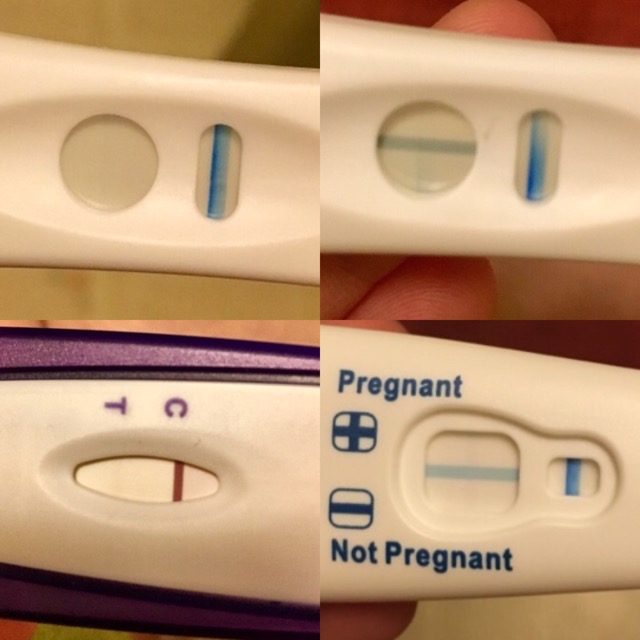 Here’s a few of my faint positives..