So I had my first miscarriage October 8th after finding out i was pregnant October 1st. 5wks 4days. I spotted brown blood & clots from October 8th until October 21st. My miscarriage went active October 21st & my OBGYN told me i could count that as my first last period even tho it was my miscarriage the flow of the blood had changed. That period gave me SO MUCH PAIN! And I normally don’t cramp that bad maybe for one day and the next 3 days of my period im fine. Well my husband & i wanted to try again right away but kinda wanted to wait until i had my first “REAL” cycle after my miscarriage. Mind you I’ve still been getting false positives on my pregnancy test & OPK test. OB said I would still get false positives until my levels go lower & i will also keep spotting off and on until my levels go to a lower number too. Last week i just started seeing my pregnancy test going lighter & my spotting has slowed down tremendously also. My husband & i just started making love again since the MC. I know these apps aren’t advanced to show us what our bodies might be doing after a MC so the app saying i may have ovulated after my MC the beginning of November. Well if that was the case my period would’ve came 13 days after ovulation so i know I didn’t ovulate. Since the spotting has let up/almost stop my husband and i kinda been trying to catch my ovulation since I don’t know. So i said ALL that to say/ask, I’ve notice since yesterday I’ve had vvvvery mild lower back cramps but no AF. Before i knew i was pregnant i had these same vvvvery mild lower back cramps also & then a week later i MC. My OBGYN did say it can take 6wks for my cycle to return. But im hoping i caught my ovulation. Im going to test again to see if the line is staying lighter or getting darker. What do you ladies think? Or anyone else going thru this same dilemma? 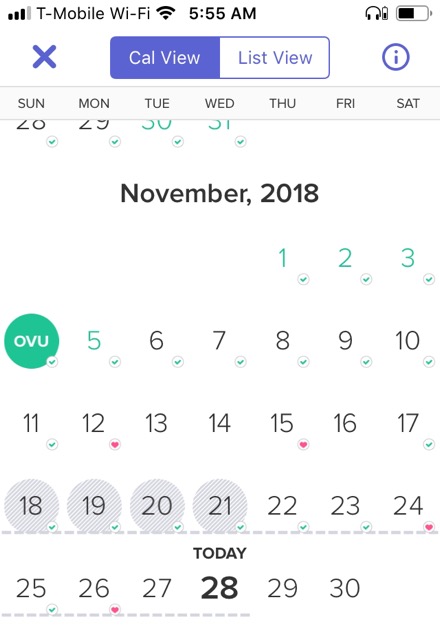