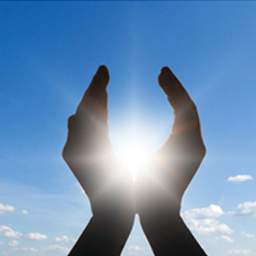 We both had a similar nightmare at 3am. Thoughts? 😟

So this is really creepy and I need some input or advice. 😖 last night both my husband and I had seemingly demonic nightmares at exactly 3am. Neither of us mentioned it until this morning, however we both woke up when it happened.

I’ve had this happen a few times before, but this is the first time it’s happened to both of us at the same time. It’s always just around 3am. I don’t know how to describe the nightmare, it’s mostly a horrible feeling of dread, feeling a dark presence, and it’s very hard to wake up, like sleep paralysis. I also had a dark feeling it had something to do with someone we met the other night. I don’t know how or why, but that guy kept coming into my mind. (which is weird, this guy, had a charming way about him, we didn’t dislike him when we met)

Once I was awake, I grabbed a crucifix I’ve had since i was a little kid, put it on the shelf above our bed and held my necklace from my mom (who passed away) prayed to her and prayed the “Our Father”. I’m not sure what came over me.

I’ve looked into the dreams before and apparently 3am is the “devils hour” where the veil between our realm and the spirit realm is at its thinnest. We’re not “super” religious people, but we do consider ourselves spiritual and believe in God in some form.

This morning I burned sage all around the house, focusing on our room, to cleanse everything. What else should I do...? Both my husband and I are very disturbed. 😰🙏🏼