Parinod.. UPDATE hes out of jail.

I've posted a fee times about my ex and him being phyco basically... And now in jail.

I'm extremely parinod in the fact he will try to see me while my family is out of the country for a week..

It's been stated and made clear that he won't be able to come back to the property without being charged with criminal trespassing, but I'm assuming at this point he just doesn't care.. he's literally got nothing to lose.

I don't really have time to get a restraining order against him before they leave or else I'd do so.

While they are away I will keep my doors locked and all the windows as well.. I'll also keep pepper spray..

If he shows up my first move is to take a photo of his car on the property or a photo of him in case he runs off before or while I call the cops..

The reason I'm so worried and parinod is because I don't see him on the jails roster and I was never actually told he was in jail... Just kinda assumed since he was hauled off in the sheriff's car and his car was towed.. his family did say he was in jail... But they're all liars and already bailed him out once...

Part of me wants him to show up.. I'd love to have him hauled off again.. another part just never wants to see his face again.

I'm also scared to do anything on social media. I've changed all my passwords and made everything private and blocked him but just.. I can't help but feel like he's still going to be out there stalking me.. ugh he's messed with my head so much..

Replying to comments to stay anon..

I have to stay at my house because I'm dog sitting and I really don't have friends anymore because of him... I just moved back after 6 months and learned he was harassing my friends pretending to be me.. 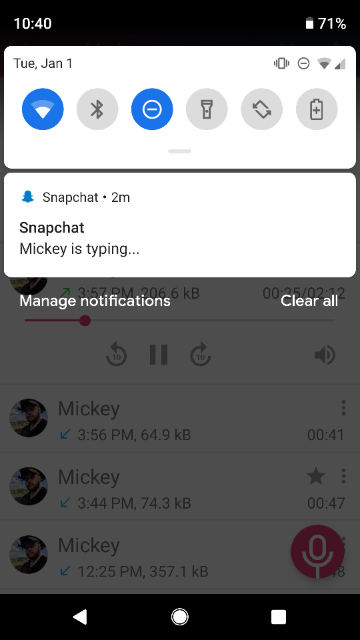 That's his Snapchat ... I think he's out of jail..... I'm going thru old phone calls I had recorded to find fights to use against him... I'm so fucking scared. I ran downstairs and told my mom I wanted one NOW. So maybe I will get one before they leave.... he never messaged me... But the fact it showed up.... Im Shaking...

I don't have a car and won't have one while my family is gone. I'm getting a restraining order later today. I plan to stay off social media while my family is away. Also he knows about my recording of calls. He's listened to several between my family and I, which I stopped recording soon after. I kept recording him to show how violent and nasty he was towards me.

I'm also thankful for my recording app because it recorded a phone call that was to my grandmother. It has me screaming because of him and telling him to leave and him refusing.