I am currently 11 weeks pregnant.

13 months ago, (12-2018) I met my ex fiancé... he is a marine living in the barracks at this time. Everything was great. Last March I had moved in with him and met his friends who have now become my best friends. I was at their house eating dinner and my ex fiancés ex called him and said she was walking the streets contemplating suicide.

She wasn’t from around the area, so I told him to call someone to help. He insisted on going to her. So it was myself and my two friends eating dinner and waiting for him to return. Hours pass by. I’m getting frustrated, but he said he was on the way back because she found the help she needed.... this was the night he told me that he loved me for the first time.

I fell asleep before he returned back to the house, and he climbed into bed with me. We went home the next morning.

Everything is great over the next few months. My family helped us furnish the house we were living in. It was finally a home. We were in love, had home cooked meals, a truck that could take us back and forth to work, and to his parents where he could see his child. In April 2018, I went with him to meet his family and his child. His parents made me sleep in the guest house and him in the main house, I didn’t mind. It was their rule. Fast forward to summer, I was working in wireless sales. July, 2018 I met a young girl in the Army. I helped her with her wireless account and she told me her life story. Asked me if I wanted to hang out after work since I was off shortly after I helped her. I did say yes. We went to Starbucks and chatted until my ex fiancé came to pick me up. They met and I knew from the beginning that was a mistake.

She came into my work a few days later saying that she was having problems sending texts through, my ex fiancé was there. And she was talking to him and staring at him while I fixed her phone. Every flirtatious thing she said went right over his head. He and I went home and cooked dinner. A few nights later, she asked if she could use our oven because the one in her barracks was not working. We said sure and she made dinner for everyone.

That was the night he noticed she liked him.

She and I didn’t talk or hang out as much.

And one day, she asked me why.

I told her I noticed what she was doing and she got upset. She said she had absolutely no interest in him, he wasn’t her type. We didn’t talk for a month or so.

It’s the middle of September now.

She asked my ex fiancé if she could keep her emotional support puppy at our house for a few weeks. He told her to ask me. I told her I wasn’t comfortable, but if her dog has no where to stay and it was only for a few weeks (max 3) then I was okay with it.

She moved her puppy in.

It is now September 21, 2018. My ex fiancé is acting weird. My family was to join us for dinner that night, and they said he had something for me at home that resulted in his weird behavior. He greets me at the car and hands me a cute little balloon shaped as a bat and tells me an adorable, corny joke. He held my hand as we walked down our walk way and I was nervous.

He tells me he has something waiting for me, but I had to close my eyes. So I did. He held my hand and vilified me up our hill, faced me towards him and gave me the most romantic speech. At the end, he asked me to marry him. He showed me all the work he put into the proposal on our roof that said “marry me” in glow sticks and twinkle lights. I obviously said yes.

A week later, he tells me he needs a break... the army girl with the dog is still staying in our home because her paperwork had been delayed. And he sent me off to stay at my friends house.

A week goes by. I walk into the house to get a work shirt. And there they are.... she’s washing dishes. His hands are around her waist and he’s kissing her neck.

I looked at them, distraught. Crying.

She got mad and ran upstairs. I walked to the dining room, crumbling to the floor...

I couldn’t sleep. I couldn’t eat. I constantly had panic attacks. Every time I closed my eyes I seen them.

He got drunk that night to the point where he couldn’t function.

I slept on our couch, he stumbled in. Dropping water and everything you can imagine all over the floor. I took care of him that evening.

He passed out next to the couch I was laying on.

I checked on him every hour. He woke up at 5am unsure of where he was or what had happened. I told him everything. He showered and came back down stairs. He ate. We talked. And before he went to bed, he kissed me.

I stop the army girl on her way out the door to just calmly ask her why she did that to me. She threatened to hit me.

I leave the next morning and move in permanently with my friends.

The last few months since that day, we have continued to hook up and talk on a daily basis.

She found out and he’s going to every extent to hide that he lied and is lying and cheating on her.

He spent 10 days of his holiday leave time with me rather than his friends that live in his house. Army girl went back home.

11/2018 I had a hook up buddy that got me pregnant. We don’t talk he wants nothing to do with my pregnancy or our baby.

During this time, I had stopped talking to my ex fiancé.

Well, here we are now.

I talked to my ex fiancé on the phone to see when I could get the rest of my things.

I told him after this, we can’t talk anymore. He has given me hope for our relationship to work out, but then says no.

He’s picked the army girl over and over again. She’s younger than me and isn’t living at home anymore. They bought each other engagement rings recently.

He makes it seem like I’m the one who is wrong when he told me that he wanted to be with me. Have a family with me. Marry me. Even after we broke up.

During the phone call, this was our conversation.

I told him I didn’t want to get hurt anymore.. that is what he said.

I shouldn’t have believed him. That’s on me.

He admitted to me tonight that he cheated on me with the ex he was with the night he told me he loved me.

I don’t want any hateful, negative, or hurtful comments.

I honestly just needed to vent and I wasn’t sure where to turn.

Thank you in advance for listening. 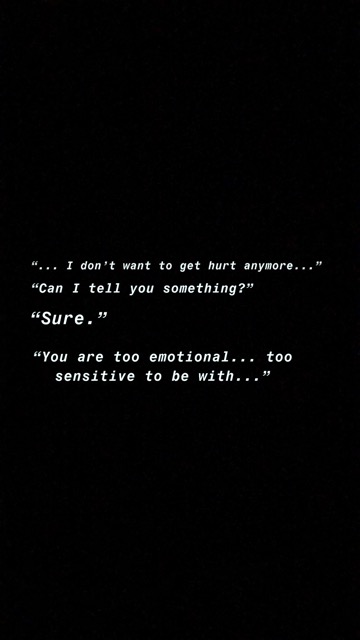