So, my fiancé has this ex girlfriend, they dated years ago while they were in high school. I’m not a jealous girl at all. However I ended up finding out she was constantly reaching out to him since he and I started dating. My fiancé had a conversation with her once. And I expressed how I felt weird about it since she never wanted to talk to him until I started dating him. Well, now we’re engaged and she STILL tries to contact him. She tried to befriend me but I felt I have her a clear single by not responding to her and not friending/ following her on social media’s. Well, I finally had the last straw after my fiancé informed me she tried to contact him AGAIN. and it made me realize, she watches my social media and notices when we’re not together and takes the time to message him!!! So I said something. Is this mean?? I didn’t think so. She blocked me and then instead of saying something back to me, she sent it to my fiancé. Pretty sure this girl has a different agenda, not just “we’ve known each other forever I wanna know what you’re up to”. She asked him about his fire department interview, which she only knew about from my social media, and said she wants to congratulate him on his engagement. She’s already done that.. twice. 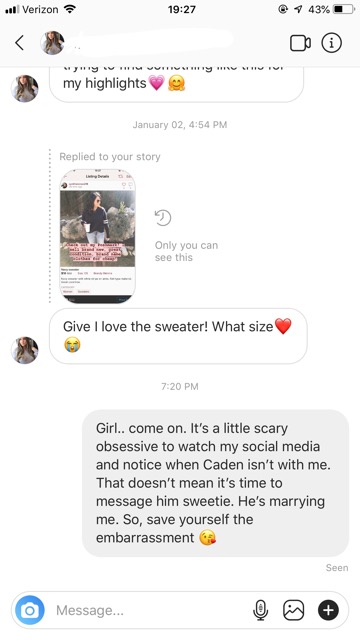 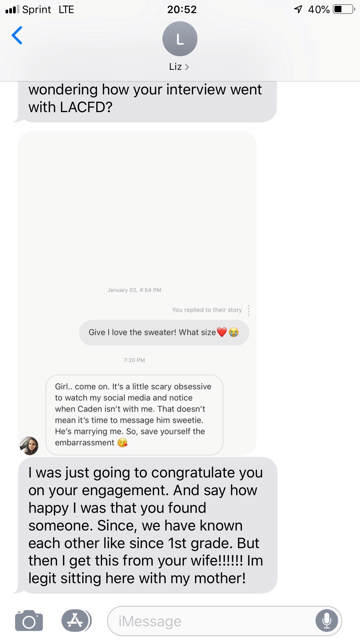