Yesterday Sarah Sanders, acting in her official capacity as Press Secretary, announced that Trump would be declaring a State of Emergency by posting a screenshot of her notes app to Twitter (as opposed to traditional communication like holding a press conference or at least even having a statement printed on official letterhead). Considering that only about 20% of Americans use Twitter (66 million US based users out of over 325 million citizens) what are your thoughts on this? 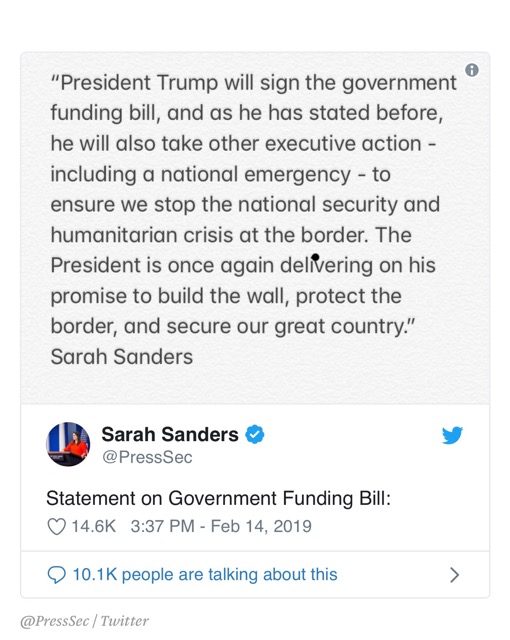 PS- for anyone who might not see the problem with the notes app vs. official letterhead the difference many people see is the amount of preparation: announced on notes app is a rushed urgent message, letterhead would be a thought out, carefully planned course of action.