I want to start off by saying I love my boyfriend with all my heart. Alright, so... As we all know yesterday was Valentine's Day.. Yesterday morning started off by my boyfriend of 2 years calling me and my daughter in the morning on his way to work everything was going good. He was very sweet and asked Roxy my daughter if she would be his Valentine and of course she said yes because she loves him so much! I got her off to school, and then we out to get his gift. He called me asking me if we wanted to have dinner at home and to pick up something for dinner he would cook for me. We had plans to go to my mom and dad's house for dinner like we do every Wednesday and Thursday (family dinner). I was like heck yeah, so I picked up hamburger for hamburgers because he seriously makes the best hamburgers and I got him his gift and my mom some flowers and a card like I do every year (my dad isn't the greatest at gift giving). So, I come home put together his gift and I got something for both of our girls from us just a little something. 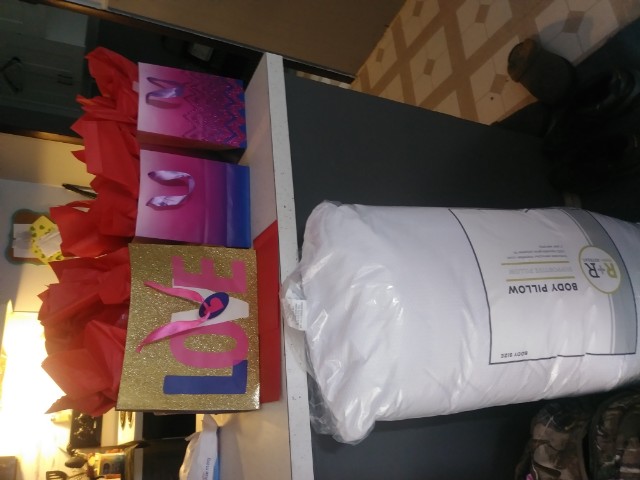 It comes time for him to come home from work and he had to stop at the store. He said he had to get me something. I told him prior that he didn't have to as my birthday is next week and I know we are tight on cash. He insisted on getting me something. He comes home and we open our gifts we let the girls open theirs first and then we opened ours. He got me the ugliest sweater ever that I'll probably never wear. I told him I loved it because it was the thought that counts. The card he got me was the same one I got him the year prior for Valentine's day... Smh... I did call him out on it but then told him that it just shows our minds think alike. Then came dinner......... He makes hamburgers and then starts an argument with me. He ends up throwing away dinner. So we had pb&j's for dinner. I told him it wasn't smart of him to strike up an argument while the kids were in the house. And tge first thing he does is says "I'm not Ken" my exhusband, my daughter's father (him and myself have a daughter together too). I said "why would you bring him up on today of all days and I never once called you him nor said anything about him" he responded "that's something you would say about him and I'm not him"... I walked away from him because he was shit talking because he was mad. So, he comes in the livingroom with me and says "maybe I should pack all my shit and leave because you hate me anyway" I completely ignored him because he was still just talking shit because he was mad. I cried pretty hard. I'm still battling PPD and some days are worse than others. He contines to talk shit saying I hated his gift he got me and I can take back the stuff I got him. I based his present off of what we talked about for the last few weeks like stuff he wanted or needed. He didn't want to get me the traditional flowers and a card which I would have been fine if he didn't even get me anything. We went to bed pissed off at each other I fell asleep in my daughters bed with her and he fell asleep with our daughter on the couch. I did tell him just don't get me anything for my birthday because I don't want anything. He puts no thought into presents and I don't know if thats just a guy thing or if its a him thing and then dinner was terrible. I'm still upset about everything but he's the type that its a new day and a fresh start. I hate holidays and birthdays..... I feel like it always brings the worst out in my relationship.