i don't have a lot of money rn and my bf works and i don't but i spent my very last dollars on him for valentines day and i got him a gift card so we could go out to eat without him having to use his money... and he used it to buy wings for himself. it just hurts my feelings because we had agreed to go out to eat with it, because i didn't want him to have to use his money and he just does this instead. also we've been together for over a year and he's taken me out a total of 3 times😕 and he refuses to post me on social media or give me any kind of validation that he is proud to have me or wants to show me off. i told him he didn't deserve the gift and he's saying this to me: 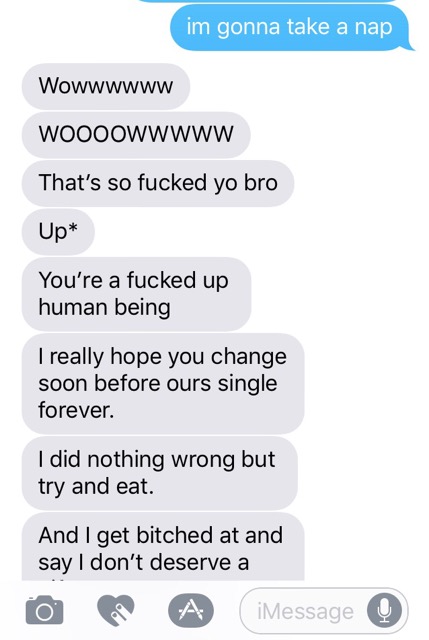 he meant i'm gonna be single forever :( anyways i didn't get to see him on valentines day and his plans for us to make up for itj was to hangout at his house. my feelings are just so hurt i can't stop crying 😪