Stressing over nothing it seems

So after being unable to fall asleep I finally sent my husband this message.

my gender reveal with his parents ended up with this mother FaceTiming his sister (who claimed she couldn’t make it because she has her two kids and can’t take them out without her boyfriends help.) while cutting the cake that had blue icing in the center. And instead of getting happy with me both of his parents were screaming into the iPhone saying “look look your going to have a baby nephew” the whole special event ended up being all about her even though she decided not to even show up. Neither of them even noticed I was still sitting in my chair at the head of the table crying. (I’m not exaggerating I have it on video that was pre set up)

Second is the we don’t like his sister part

Last year we had a miscarriage and in the following few months I couldn’t bring myself to spend time with his sister and her 6 month old little boy. His parents didn’t understand that and ended up coming to the conclusion that they should just force us to spend time together by not telling us when she was coming over and inviting us over at the same time. When we stopped coming over they then confronted us about why we hate his sister. And it’s been an ongoing thing ever since as I’ve been unable to admit to them that it still hurts to think about last years loss and with the big deal they made about it every time i see her now I get reminded. 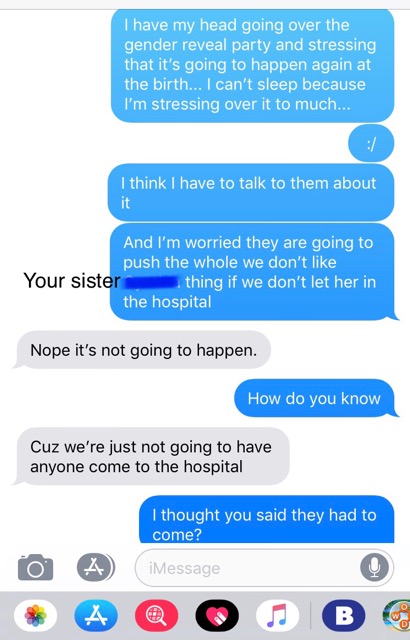 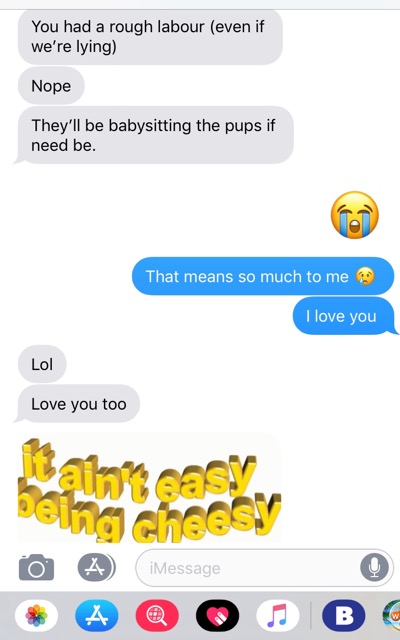