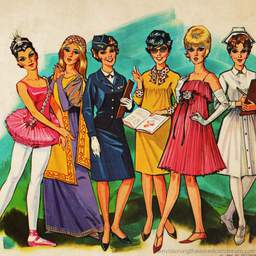 Work and Careers
All career-related questions and support!

So this is the only place that I feel comfortable enough to talk and post about my personal life, and get support and advice without being judged. Could really use another opinion on the situation.

I just got a job for the summer at w warehouse, just for while I’m not at university, and rn it’s only my second week of officially working there. It’s hard but manageable, and everyone is nice... except for this one man.

I literally cannot describe to you what he’s like, I cannot put my finger on it, he’s just really really weird, and I feel so uncomfortable around him, or just knowing that he’s on the same shift as me.

So all the things he’s done to make me uncomfortable:

• When I was still being trained, I was learning how to stack, and he came up to me and introduced himself, and asked me what I’m doing in a place like that, bc I’m so “powerless”. Now, I kind of took a step back here and thought he has a really strong foreign accent, maybe he doesn’t know the different between power and strength, and ik I look v weak 😅😂. But then he sat next to me at lunch (even tho I had both earphones in 🤦🏼‍♀️🤦🏼‍♀️trying to avoid everyone for this reason), and he tells me that he’s post-poned his university studies and he wants to be an English teacher.... 🤔🤔🤔so surely he must know what that word means...

• Another day of my training I was stacking my myself for a little while, and he joined me almost straight away. And he asked me if I remember his name, specifically he said he’ll bet me a canteen dinner that I don’t remember his name. Obvi his name is foreign and ngl never heard anything like it so it’s only natural that I’d forget. So he told me it again, etc etc, and was really proud of himself that he remembered my name. Moments later he said “you can’t even stack well” (like, yeh bro ik, it’s my second day of training ☠️) and he took out everything I had stacked, and re-stacked it, and said “this is punishment for not remembering my name”. I just thought wtf? Is he for real.

• Anyhoo, same day^, I kept walking away to stack in other places and he seemed to keep following me to where I was. I just went about my work. And after a while he said “do you feel like I’m stalking you?”, I thought here’s my chance to subtly tell him to calm down a bit, so I said in a jokey manner “haha yeah kinda”. Like it was clear it was in a jokey way. And he says “ok. I’ll finish stacking this here and you will never see me again” fully serious, no smile no joke to it, like it took me a back. I almost felt guilty, I can’t describe it.

I wasn’t that worried about him bc he told me that he would be working a different shift to me, so I would never see him. So I thought, hell I’ll never see him again anyway. BUT, today, guess who was on my shift. Spotted me in the locker room, and followed me to my locker, said hi etc I’m always just trying to be nice bc I don’t want any trouble, and turns out he’s working mixed shifts now... 🤔like okay, coincidence or..? I might be over thinking that tho.

As soon as I found out he’ll be working some shifts with me, I just have this pit in my stomach, like I’m so nervous and uncomfortable idek how to describe it.

• Last thing he’s done, is today, the whole shift I only saw him once

Bc he was driving around picking stacked cages, but at one point, he drove past me, and stopped, (let me just day he had absolutely no reason to have stopped) he went out of his way to stop and say to me “I bet you a canteen dinner you don’t remember my name”... I just said “no you’re right I don’t” as I walked away from him, and he didn’t have the chance to say anything back. That is the rudest I’ve ever been to him.

Like he’s not done anything wrong per say, just makes me feel uncomfortable and so I don’t think it’s really acceptable to be talking to superiors about it. As bad as it is, I don’t think it’s fair if he ends up losing his job over it, when I’m only there for the summer but he relies on that job.