What can HR do about this? 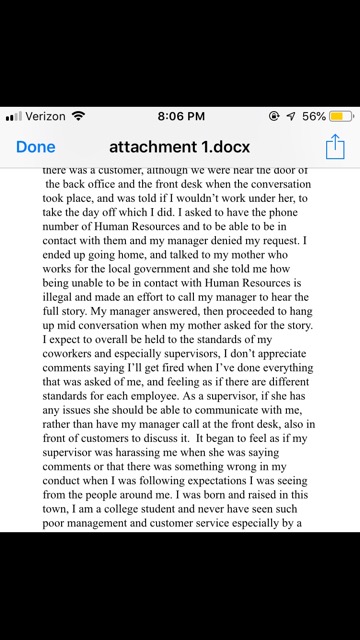 Afterwards, I received a phone call from one of my coworkers at the end of the night about how the woman was making calls to her friends excited about the firing saying how I only lasted a few days and how high school kids have no work ethic. Then when another Hispanic applicant came in, refused to take the application because she believed the applicant was my cousin, although I have no family in this town. I was also told how she would tell my coworker to shut up while she spoke Spanish, so I’m starting to believe this is turning to discrimination