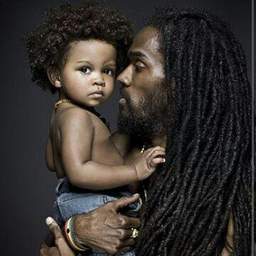 I don’t really know where to being or end,but I need to vent cause I don’t even even know how to feel.I am a mom with children and I take care of all them and it’s hard,but I do what I have to do.So me and children father had our own apartment,and we were expecting our fourth child,and their were repairs that need to be fixed in the apartment and the landlord refused to fix them.So my children grandmother,who is his mom told us that we could move in until we find a place,and I was find with that.But I felt like when it came to looking for apartments he was not interested.So one day he comes in the door and tells me and his mom that he is quitting his job where he makes $80,000.00 a year,in order to follow his dream of becoming an entrepreneur in the business of Tech.Now don’t get me wrong I was ok I got your back 100%,but we need to start saving money 💰 and pay up some bills so we good until you get some customers or can you wait until I give birth and then go back to work,but he said no.I started getting scared cause now he is out of job,and I just give birth and he never saved any money 💰 like he was telling me he did i used up all my savings to support us in the kids and then I went back to work and also decided to go back to school.But things did not get better cause all he was doing was laying around his mom house while I buying groceries and paying for child care,and it seems to me as if his mother and family did not care..........but wanted to blame me on why he is out of a job.???????????At this point I have gotten so fed up with the dammm bullshit,I tell him on February 14,2018 it’s over I can do this any more with you,part of the break up was him not having a job and so many other issues that we had in the relationship which I just could not take anymore

,to the point where I felt lost and within drawn from myself.So a whole year later he decided to become a real-estate agent and I say that 👍 ok that’s great,you make some money 💰 and me support the kids,but noooooooo,he is making any money.So I tell him you know I understand that you really wanna make a sale in Real estate 🏡,but why don’t you get a part time job doing something until you get a customer,cause I really need help with the kids,and we are both not together but we are both living in his mom house. But I don’t know 🤔,what is hurting the most,too the point where I feel hurt 😔 one he don’t have a job to help with the kids and two I found out that last night he has a whole brand new FUCKING girlfriend with two kids,who he introduced me as his friend and his whole family meant her and even my children meant her,but I meant her that is his friend,so the response I get is I am dating,but I was not expecting to to be dating so fast,while we are still living in my moms house.Maybe I am thinking to much into it,but I am not dating or talking to anyone.I maybe doing to much right now,but I felt that I had to say something,cause I need to just breathe and vent.I respect ✊ any comment and advice that is given.But like I said before,I need to vent.