So my fiancé was on his lunch and I saw he got on Instagram before getting on messenger to video chat with me and he usually never is on it. But lately. He’s been on ig every day and it’s weird. So I asked him if he was on there to talk to his cousin Taylor and he said no and then I said “oh I figured you were getting on there to talk to him but never mind.” And he started flipping out on me and bringing up the past and even threatened to take my ring back. He said that he got on there because I tagged him in a post and he got on to look at it even though I didn’t tag him in shit. I asked him to tell me what I tagged him in and he just kept acting defensive and turning it all around on me and pointing out the past. Every time he gets on Instagram, I say something about it and he gets extremely defensive every time. What do you guys think? I can’t help but think that he’s talking to someone but he loves me so much. Idk what to think. Help 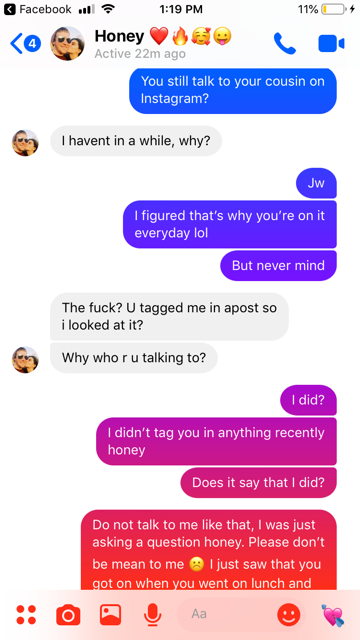 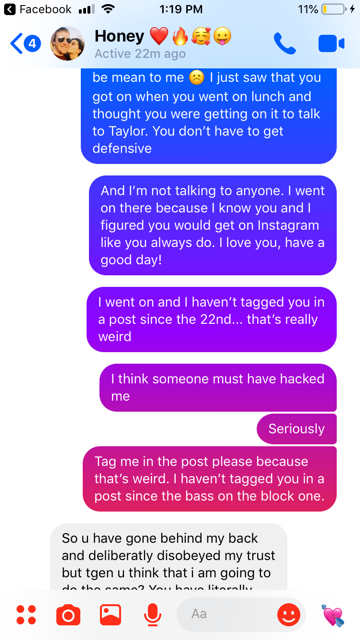 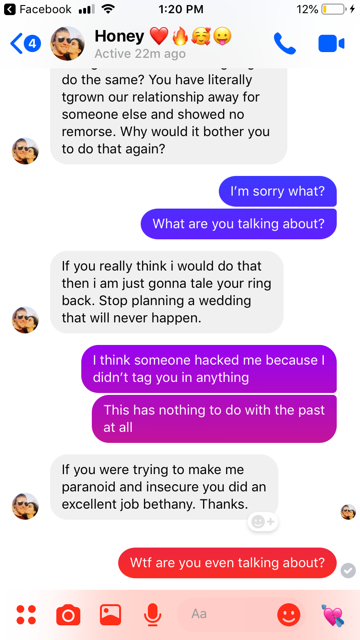