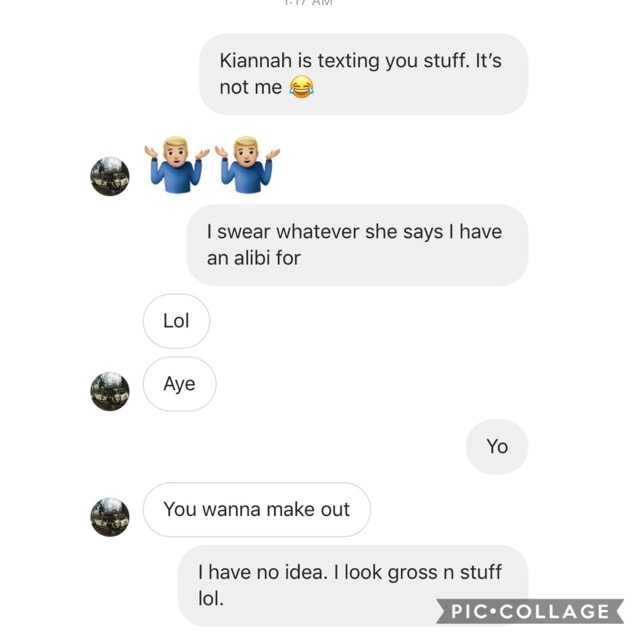 I said whatever I could to just make sure he doesn’t actually come again and want to makeout. I’m so pissed. Idk what to do

UPDATE AGAIN.... he came into the room to come chill with us which was fine

But I think I’m going to get a lot of hate in the fact that I didn’t just “say no” the point is I’ve known this kid for 4 years and his family I also have anxiety which makes it hard for me to speak up. 😭 he also just texted his sister “I’m so in the mood to makeout rn”

Ps I’ve literally got mad at my friend and said no I don’t want to.