Significant other/spouse not supportive or grossed out?

I have a daughter prior to meeting my husband that I ebf for 5 months, he’s got full custody of his two from previous marriage. Supposedly she tried but neither of them latched. Well nowwere due in less than four weeks. My chest has been hurting so bad, but no leakage the whole pregnancy and I haven’t been able to hand express so I no it’s a no-no, but I sterilized my spectra, and pumped enough JUST ENOUGH to know I do have colostrum and then stopped. And I sent him a picture and he freaked out. I mean we’ve had sex and he hasn’t gotten any while playing with them either, but he just kept saying how gross it was and shaking his head. But he’s known the whole pregnancy I’ve wanted to breastfeed. He doesn’t really discourage it he’s just thinks it’s nasty which is sorry for someone that did 8 years in the military and saw a lot of worse things tbh. So feeling alone or just being hormonal, but I’m going to do what I can for our son. I’m getting my tubes tied the day after delivery. Any tips? Hospital bag is packed but if you had surgery during or after do I need to take my hawks or were you okay? 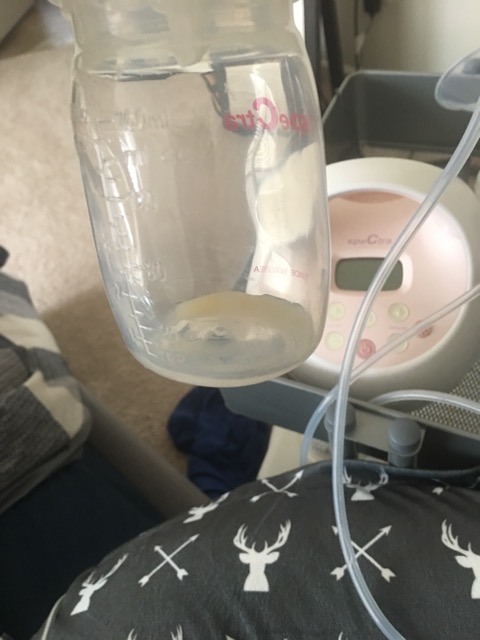