Things don't go as planned, and it's OKAY.

This post is going to be about my journey, but also I hope it helps other moms who might be struggling when things haven't gone as planned. This will be a long post girls.

My pregnancy was near perfect, and I was blessed to experience an easy time as a first timer. My plan was to work until I went into labor. I work as a paraprofessional in a middle school, so easy work to get me to the end. Boy was I wrong..

At 34 weeks I was diagnosed with mild preeclampsia, and put on bed rest for 3 weeks until I would be induced at 37 weeks. This was not my plan, I needed to work for a paycheck. Those 3 weeks of bedrest took away 3 extra weeks with my baby girl once she arrived. But you know what, I was able to relax for 3 weeks and I am thankful for that time. It wasn't my plan but it turned out OKAY.

Now we get to our induction day. It was to start with a balloon foley for dilation, start pitocin, then break my water. The Foley got me to 4cm. The pitocin was started early in the morning at a low level. Then my water was broke. As the day progressed, the pitocin kept getting upped, I had contractions that I barely felt and I wasn't in any pain. After 18 hours the pitocin is maxed out and I'm finally having painful contractions but I'm only at 6cm and haven't progressed for hours. The pitocin gets cut back and my body takes a break and the contractions slow way down. 26 hours after my water is broke and I'm still at 6cm. Its finally decided that I need to have a csection. This was not my plan..at all. I feared this so much and was sad I wouldn't have the initial skin to skin with my baby. This was not my plan, but it was OKAY. It turns out, baby girl was coming sunny side up and turned sideways and was never going to come vaginally. Both myself and baby are healthy and that's all that matters.

Breastfeeding, it was the one thing I thought would go our way, but it has been the most difficult thing to get over. In the hospital my baby wouldn't latch. We ended having to supplement with formula and that was really hard for me because I knew it would make things so much harder, but my baby needed to eat. We get home and baby is latching better but it's too much work to get breastmilk when the bottle is so much easier, so she gets lazy. And my milk still hasn't come in. I had a shit pump that didn't have good strength. I was nursing my baby, feeding her a bottle, then pumping. I was physically and emotionally spent. I tried for 2 weeks to get my milk to come in. I cried many times just thinking about not nursing and having the bond with my baby. But I realized, my baby is healthy and has a full tummy. It's OKAY that things didn't go as planned. It's not the end of the world and I still get to bond with my baby. I tried hard for 2 weeks and it just wasn't meant to be. Now I get to spend the next 4 weeks enjoying my time with my baby instead of being exhausted and dreading the pumping sessions every 2 hours. 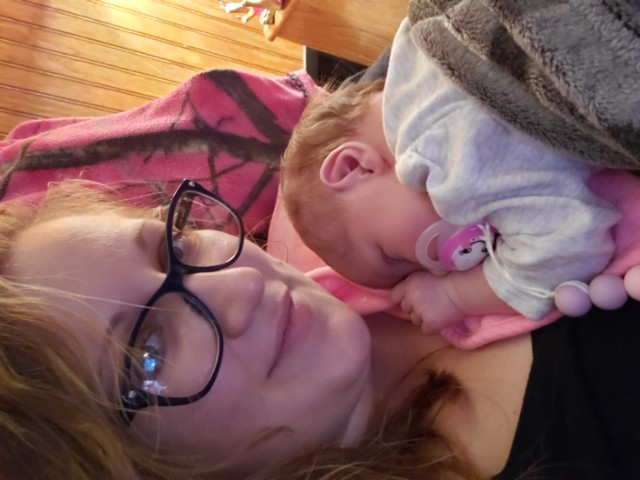 I don't know if this helps anyone who may be feeling defeated because things didnt go as planned, but just know that it will be OKAY. I have had everything go "wrong" and not as planned but I am feeling the best I have felt in 5 weeks because I have let go of the plan I thought I would have and accepted things as they are.

Thank you if you read this whole thing!