I’ve had this bruised purple lump on my inner thigh (a few inches away from my coochie but still on my thigh) it first appeared about a month ago, slowly went away then I just noticed it popped back up again today? It feels like a lump in my skin and is sore to the touch but I know for a fact it’s not an ingrown hair and there doesn’t seem to be any pus or anything in it, squeezing it just hurts/stings and it doesn’t feel like there’s anything in it, 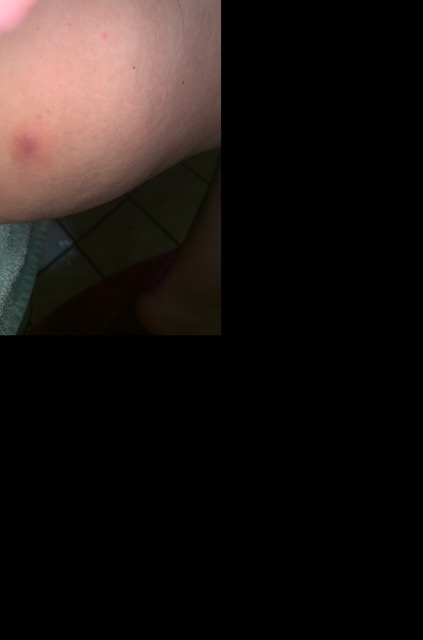 I’ve had ingrowns and pimples down there before but I’ve NEVER had anything like this, I have a doc appointment in a couple days so I’ll talk to her but anyone had this before? I thought it was some type of bite initially but I HIGHLY doubt that now, someone help! It doesn’t look as bad here as IRL but it’s very bruised and purple, and sore!