My boyfriend and I have been together for about 8 months and he left this morning for Air Force basic training. It will last 8.5 weeks and hopefully i'll be able to see him for his graduation. We are already plan on writing a few letters to each other every week but we won't be able to speak on the phone much. Then he has 3 months of tech school where we'll be able to finally call and text and facetime and when he graduates that he'll have a few weeks to come down and visit. After that he's going to get based God knows where for a year (his contract is 6 years) and after those first 6 months he'll be able to move off base and we're already planning on moving into an apartment together when that time comes, wherever hes stationed I'll go because he's my one and only. I'm so proud of him and I have no doubt in my mind that he's the one for me and that we'll be able to make it through this, my only concern is how much I miss him and I really don't know what to do or how to cope. I have really bad OCD which for me basically means I'm not good with change and I get really intense repetitive thoughts and i've been breaking down and spiraling in anticipation of him leaving and now that he's actually gone i dont know what to do with myself. On top of that I have abandonment issues and although i know he didnt "abandon" me, its such a huge change and sudden change it feels like he's just up and left. and its so hard not being able to go to him and tell him how im feeling (he always knows just what to say). I'm just really at a loss and I don't want to lose him, and I know the only way I would is if im the one who gave up, its just i dont even know where to begin dealing with this huge change by myself. I guess if anyone has any advice about coping mechanism and/or how to deal with your SO leaving for the military and/or what to expect it would be more than greatly appreciated. I really love him with my whole heart and he's done so much for me the least I can do for him is follow some advice on how to handle myself. Thank you for reading ❤️💔. Oh and heres a picture of us just cuz lol 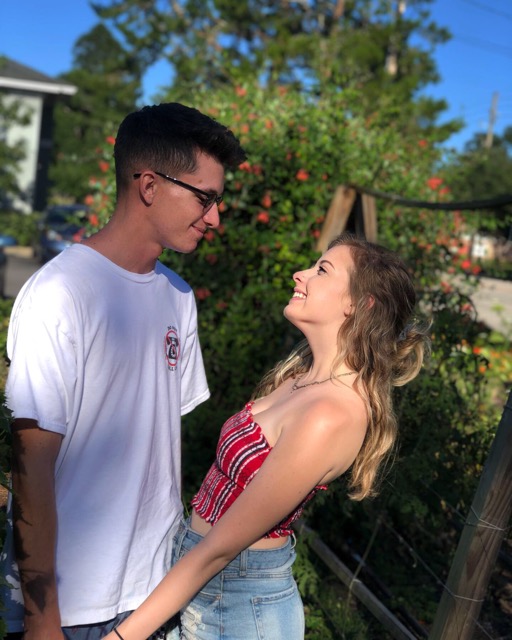