How much is baby possibly getting? 🤔

I fed bubs from the left this morning and pumped straight after. My left is a bit of a slacker boob anyway and generally gets about half to 1oz less than my right if I were to pump them both at the same time if bubs has had a bottle and they’ve had a good amount of time to ‘fill up’.

With this in mind would you say she’s possibly had about 3oz from the breast for this feed? She never seems able to go as long between feeds compared to if she takes a bottle from my OH and I do 4oz bottles. When BF she will go max 2 hours in the day (which I know is still normal) but a bottle will see her through at least 3 to 3.5 hours.

Also, how long on avg. does it take our breasts to refill to these kind of quantities (asking frequent pumpers here really). Baby is 5 weeks so I’m still fairly new to this but I get anxiety pumping after a feed in case she doesn’t have enough milk for her next one but I’m trying to store/freeze some milk and like to have the odd bottle for dad to give her.

*just to add the only time I really get chance to pump is on a morning and there is a big difference in output and general feel of breasts compared to later in the day if I do get another chance to pump. I know this is normal too but if she’s taking about 3oz on what I consider a “good feed” it makes me wonder if she’s unsatisfied later in the day because she can be a little fussy after a feed but I do wait for her to take herself off. 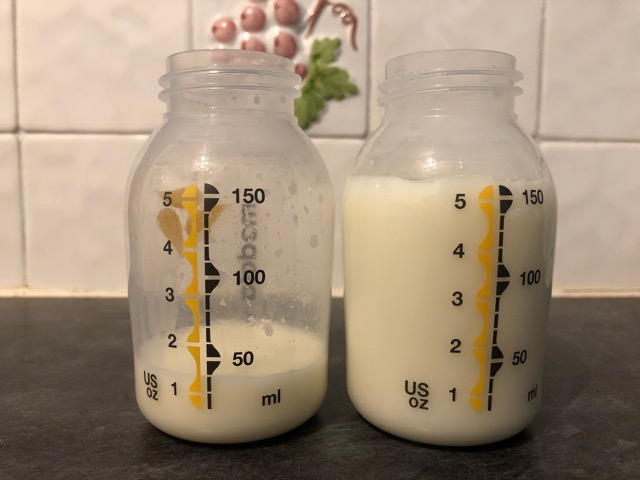