A month ago I took several hpt around October 1-14th almost every two or three days and (I do get confused when I ovulate) I had a fainted line but then out of nowhere BOOM!!💥💥 there it goes a normal period flow that came on Oct 25th and lasted for about for 6 days. Nothing but negatives after negatives I became upset, I cried, I got frustrated and disappointed. It just wasn’t meant at the time so I prayed and left it in Gods hands and just forgot about it. Now as soon as I begin not to think about getting pregnant or even taking a test I was expecting to see my period but guess what? Surprise! There it is lol. After I came from the gym I took one test early this morning at 6:25am and I did the other one around 11:45am. Even thou I went several times at my workout, I became extremely tired for the past two weeks maybe I thought that it could’ve been just stress or tired

from work. I knew that this was the first sign when I did not see my period on the 21st because I do have irregular periods every month and I do use a <a href="https://play.google.com/store/apps/details?id=com.glow.android.eve">period tracker</a>. the second sign was extreme hunger and weird cravings 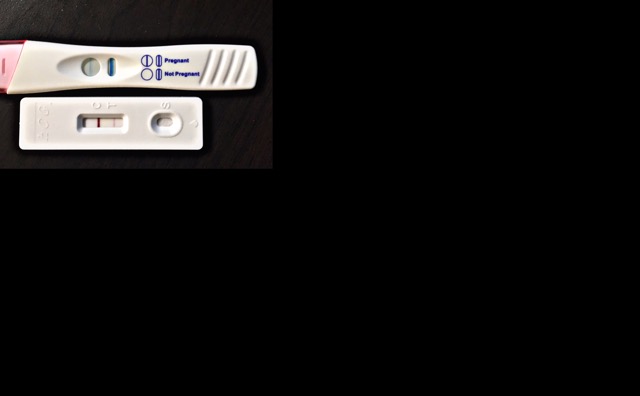 lol. So I brought two of these tests just to confirm that it these were accurate results so my next move is making that doctors appointment. We just have that “know” feeling from our guts when our bodies gives us signals