I hate my family 😒

Not sure which group to put this in

I hadn’t really told most of the family that I’m pregnant, but everyone found out yesterday because I’m REALLY bloated. I look like I’m about 4 months pregnant honestly. Well, because I’m big (I’m only 7weeks) they were saying this isn’t my husband’s baby. My husband and I separated for a little bit in April. We weren’t planning on getting back together but We reconciled and he came back home in October and I ended up pregnant. We were seeing other people during our separation but I had only had sex with one person and that was in July. I explained this to them and the fact that I’ve had a period every month up until now but they’re stuck on the fact that I got pregnant “ too fast” after he came home. I was very careful during our separation. That was the only time I had sex with anyone and it was only once. Luckily my husband had to work so he wasn’t there but I did tell him what happened. He doesn’t seem to care but I just want to prove to him that I’m telling the truth. They’ve pretty much ruined the rest of my pregnancy 😒

This is a picture I took a couple weeks before I found out I was pregnant. 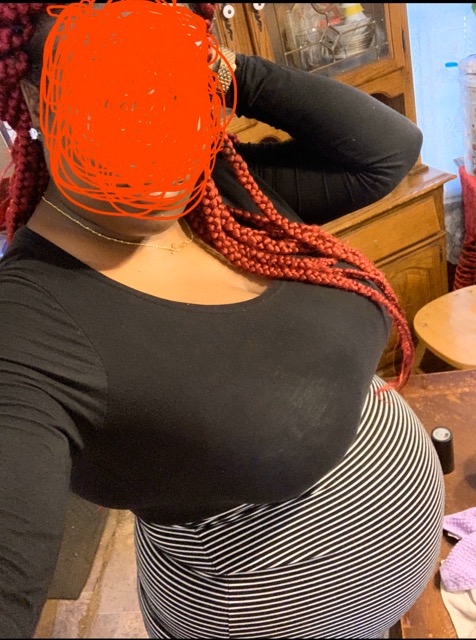 This is me yesterday.

I don’t know if it matters but this my 2nd child. Could I just be starting to show earlier than my 1st?