My name is Heather. And I have a pretty unique perspective on the age-old question whether it is better to have kids younger or older, as I’ve gotten the amazing chance to do both.

So I’ve been lucky enough to raise babies in my early 20s and now again in my 40s. And boy, let me tell you – it is a whole different ball game. 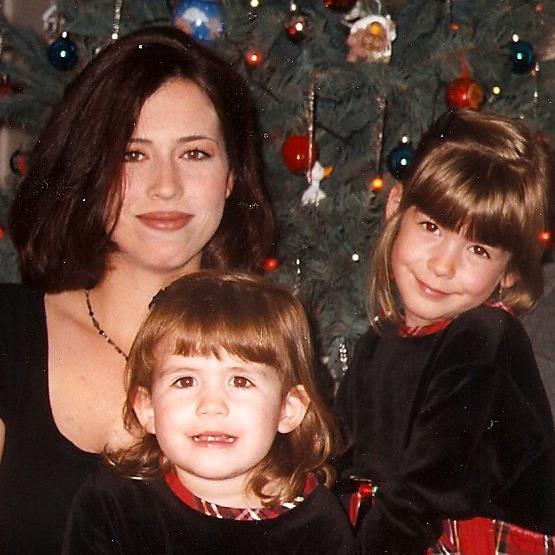 The greatest thing about being a young mom was all the stamina I had. Those two girls were my life and we braided hair, chased fairies, colored, did crafts, went on outings and I could just go, go, go…. I had an untapped reserve of energy. So much so, that in addition to raising my daughters, I worked part-time. Sometimes on weekends. Sometimes at night. Despite my hectic schedule, I never really felt overwhelmed.

I was also – for lack of a better word – fearless. As a young mom, I trusted my instincts and just did whatever I thought was best for my girls. I loved, laughed and learned from my mistakes. I just tried to do a bit better the next time. They grew as I grew. In a way, we grew up together.

Also being a young mom, for me, meant being open to friends and community. Even though I was probably the youngest mom at the playground, I easily assimilated and made friends. I happily joined and contributed to school activities and anything else the girls had interest in.

There were, of course, some downsides. Many of my friends were young, single, socially active and spent time travelling. I could not just drop everything and join them. It stung at times to feel excluded from a last minute getaways or late-night parties. Money was tighter too. My older girls never lacked for anything, but certainly they made do without some of the extra perks we now provide for Rylee.

Additionally, the empty nest syndrome hits home quite early when you have kids in your early 20s. My husband and I were saddened to think that by the time I was 41 – both of our girls would be off to college and we would be left to own devises. Thankfully, that never happened! 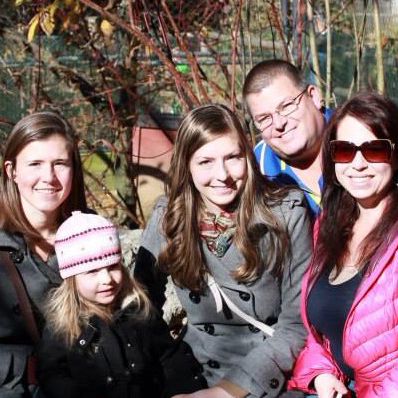 I certainly had no intention of raising another daughter in my 40s. I was done. Finished. The cribs. The strollers. The dresses. The toys. They were all long gone. Donated. Given away over the years. So imagine my surprise when my Doctor confirmed my pregnancy. I was speechless.

This was life-altering news. That’s not to say that I was not also incredibly grateful for this unexpected gift. Having lost my only sister to cancer a few years back, I felt this was God’s way of giving me something precious to fill the void of the irreplaceable person he had taken away too soon.

So of course, I wanted Rylee from the moment I knew of her existence. But the doctors certainly did not make it easy. I sat there in some shock while I was told that due to my “advanced maternal age” there was a high probability for Down Syndromes and other genetic disorders. They cautioned me to have tests done. I wanted none of it. I was going to keep this gift no matter what – but their warnings did make me nervous and anxious. I simply could not enjoy this pregnancy the way I had my previous ones. (Not that any of them had been a walk in the park.) I held my breath for all nine months – and only took a breath of relief once I held my amazing daughter in my arms – counting all ten tiny toes and ten tiny fingers.

In a lot of ways, being an older mom is easier. I have more resources. I have more time. I know more. But unfortunately I also “know more”. By that I mean – I now know every little thing that can go wrong.

There is no limit to the things I worry about with Rylee. But the one that makes me the saddest is that I was not able to give her a sibling near her own age. So for now, I am Rylee’s best friend. And two of us putt around the house and play Princess and Pirates. Unfortunately, I simply do not have the energy as I use to. She tires me out.

But no matter what, I am so grateful for her. And for the chance to do it all over again. To experience all those firsts one more time. Being a young mother, it felt like my girls grew up in a crazy high-speed whirl. This time I am slowing everything down. Savoring every single second of it.

So what’s better - to be a young mom or an older mom? Who knows? I think it depends entirely on you. Well, sometimes it depends on you. And sometimes, it depends on forces greater than you. Here is what I do know: It is true what Glow says about babies – every one of them is a tiny miracle.

As for me….I wouldn’t change a thing.