My period is late by 2 days. I took 2 pregnancy tests (first response & clear blue digital) on Sunday and they both came back positive. I went into the obgyn the next day and they did just a pee test first and came back and said it’s negative there was a very faint line. The doctor then came in and said since i had two postive home test i most likely was that the test they had there aren’t early detection so i probably am pregnant it’s probably just to early to tell since i hadn’t actually missed a period yet. The doctor then said she wanted to run blood work to check so we did, confused i went home and took another clear blue and it said pregnant (so now 3 positive home pregnancy test. They called back with the results and said it was showing slightly positive from the blood work and that could be because it’s early pregnancy. so they want me to come back tommorow for more blood work to see if the levels are coming up. I’m confused and kinda scared had anyone had anything similar happen, any thoughts?! 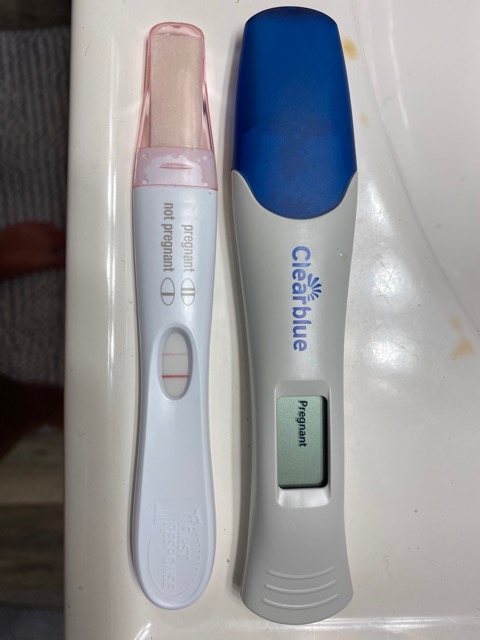