I have been with my fiancé since I was 15 years old . We have two kids and I have been cheated on, for sure verbally abused since I was young. I’ve been left for other people and stayed like a dumbass. Now I’m 23 and I’m so much stronger and I can confidently say I’m not in love with him anymore . He Hasn’t cheated , or anything and has been a good father for the past 2 years and thinks that’s enough . However started to get controlling and doesn’t allow me to wear makeup , or go out with my friends ( even to a lunch ) .

If I even have girls as friends he’s so insecure and calls me a lesbian. I literally can not stand him and got the courage to tell him I don’t want to be with him and that I would gladly coparent but I no longer wanted a relationship. He was livid . He grabs my arms and squeezed them so hard my arms were throbbing. He grabbed my chin and was squeezing it too where I couldnt look away from him. When he was done yelling at me her threw my face and made my head flinch back really hard. He purposefully didn’t hit me or try to leave bruises cause he knows I will call the cops. I told him I wanted him out and he doesn’t leave. Idk what to do. I also want to keep my kids away from him because of how he treated me but he said that I’ll be a bitter baby mama. I need more evidence don’t I? I’ll post a picture , I don’t have a big bruise but I have a small bruise where he squeezed me 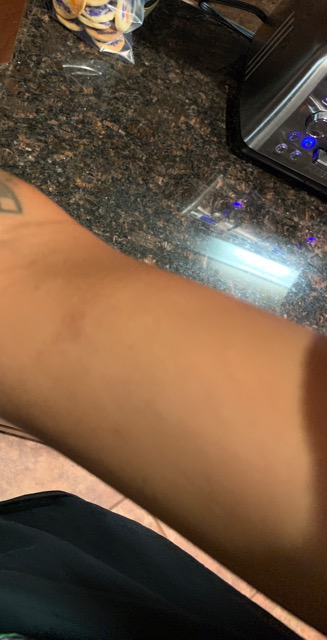