Its hard to share this one as I'm still dealing with the after effects with help of therapy but I'm kinda hoping sharing my story helps me come to terms with it.

21st of November 2020 I started feeling contractions at 3am and 6 mins apart and I new things were starting, working on my breathing with 7am and called a midwife...got checked at 9am and was only 2cm so got another stretch and sweep and was sent home.

Laboured at my Dads till 2pm and went in and was admitted at 4cm.

Gave me gas and Air and my partner and I had a good laugh haha,

Went in to the birthing pool around 3ish I think and I dilated pretty quickly by 6pm I was pushing...I was hoping things would progress quick at this stage but my daughter got stuck so I was taken put of the pool and put in different positions to encourage her out but nothing was working and midwives got concerned.

I was put back on the bed where they burst my waters and by this stage I had no energy whatsoever to push but my body was doing it for me. This was now around 8pm and midwives ended up calling an ambulance to be taken to hospital (i was in a birthing centre). They had put an IV in as I was dehydrated and was in Ketosis.

Whole drive to the hospital my partner wasn't able to come with me and had to get a lift by my dad. I was in and out of sleep within the mere minutes my body was doing the pushing.

On arrival they decided to prep me for theatre and as they were putting the compression tights on I just felt the biggest pressure on my bum and felt like I was pooping 😂 a few puses and a second degree tear later and she was finally out at 21.13! We found out she was actually sunny side up and the reason why she had bruising on her head, we were the troopers of the night lol

This was traumatic for me and it may not seem like much...this was her after birth and now 🥰 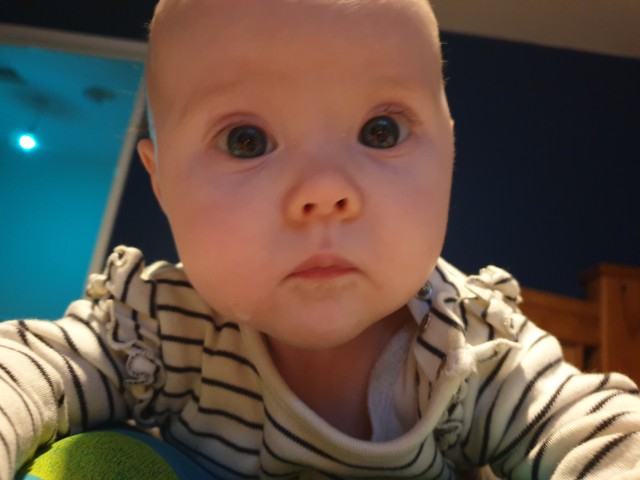