December 2021 Due Date Group
This group is for pregnant people that are expecting a baby / babies in December 2021!

This is late upload but here’s our last minute gender reveal. It was not planned at all but My partner’s Aunty love parties so she insisted we do a baby reveal. The party was literally done the day we found out the gender. Here’s a chocolate reveal picture ❤️

Everybody was telling me it was gonna a boy because I look very tired. Has any of you felt that people’s opinions were completely wrong? Coz, I really did feel it was a girl and 98% of people told me it will be a boy. I really wanted a girl or even if it is gonna be a boy as long as he is healthy but I still, I was hoping its gonna be a girl. I even dreamt that it was a boy and lost hope that my dream of having baby girl was long gone after that dream but, then one day I said to myself I won’t let people’s opinion affect what I believe in so, I keep thinking it’s still gonna be a girl. I was not wrong. Mummy’s instinct is way way more accurate than others. So if people try to decide and makes your feeling invalid, think again. You are baring the child not them. 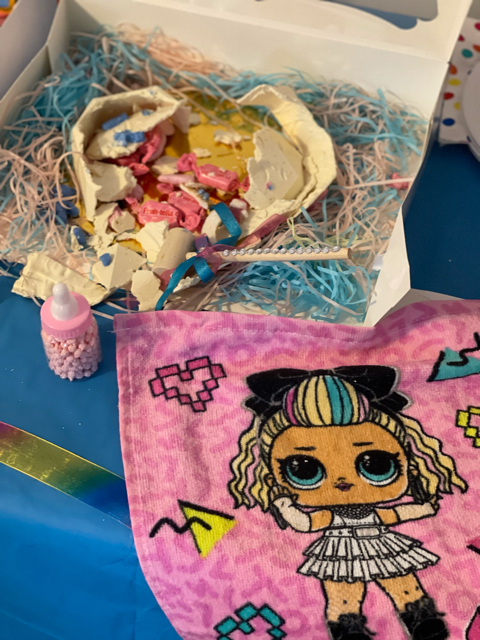