so I had what I thought was a period it came on time when I was due it was heavy but not bad, I suddenly felt the urge to take a test at 8 days into my period it came back positive so I took another 4 they were all positive.. Bleeding continued the doctor assumed it was a miscarriage but this was nothing like my previous miscarriage I still seem to be experiencing pregnancy symptoms hardly any pain the bleeding seems to come and go no clots.. it will be a little heavy for a bit then go really light and then disappear I’ve done tests over the past 3 days since finding out and the lines seem to me be getting a little darker? could this still be a miscarriage or just random bleeding due to something else? I have previously had bleeding under baby in a previous pregnancy and everything was fine with that, so could I assume this could just be a small bleed under the baby? I haven’t been referred for a scan or blood tests to confirm if this is a miscarriage.

Any comments would be much appreciated I’m going out of my mind with the not knowing what is going on or if this is actually a miscarriage.

(these two were taken on Tuesday afternoon) 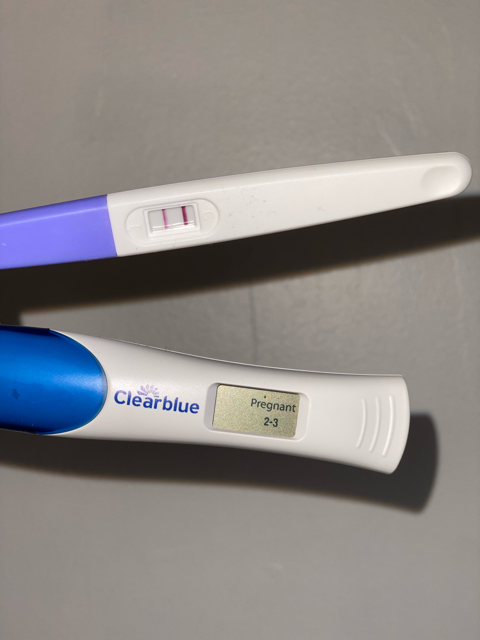