I am livid right now! Read my husbands text messages.

So I went through my husbands phone, we both go through each others so I don’t think it’s a big deal, but when I looked at his Facebook messages I found out how he speaks about me to other people….like wtf. Should I be mad about this? I don’t even know how to bring it up to him. He’s the one in blue. Btw I don’t think he really gave his girl a “prime special” it’s just guy talk, I know, but don’t talk about me or our sex life to your buddies… 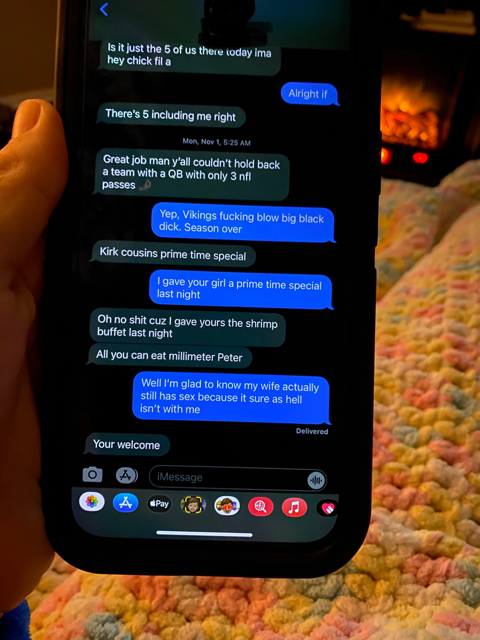 This second text conversation is from the other day. My car got towed because the inspection sticker was expired and he had to call off work because I had a really important/life changing job interview that day. Is this really what he thinks of me? He’s the fucking child. I take care of all the bills, make sure the house is always stocked with what it needs (toilet paper, paper towels, soap, etc.) on top of that taking care of our daughter….how should I bring this up to him? Or should I even bring it up? 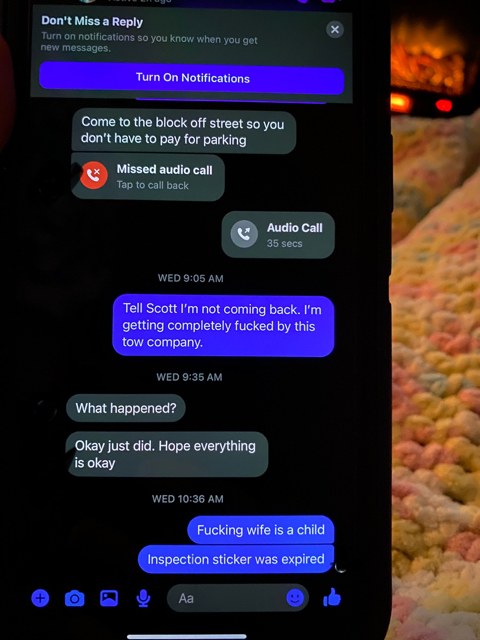 Update: so I know it’s clear I should say something to him. But what should I say?

I confronted him via text and this is what he said. What do I do? He didn’t even acknowledge calling me a child. Should I Leave?

So after the text conversation below he came upstairs and apologized again for talking bad about me. He was just mad in the moment. And for the sex comments, he just chalked it up to guy talk. He said he wouldn’t do it again. I told him next time he is mad at me to come to me rather than talking to someone else about it.