So I got these two new beardies yesterday. Both of them are adults. They have been moved from one house to another but are in the same tank. Ones female the other is a male. The day I got them the male was active and seemed fine while the female just stayed under the hammock. But this morning the male was puffing up his beard and opened his mouth once while his beard was black. Yesterday he bobbed his head a couple of times and today he is too. I know that he is might be angry or threatened but I don’t know what to do to get him to feel comfortable again. They don’t mind me petting them so that good. Got any suggestions or ideas to help me out? 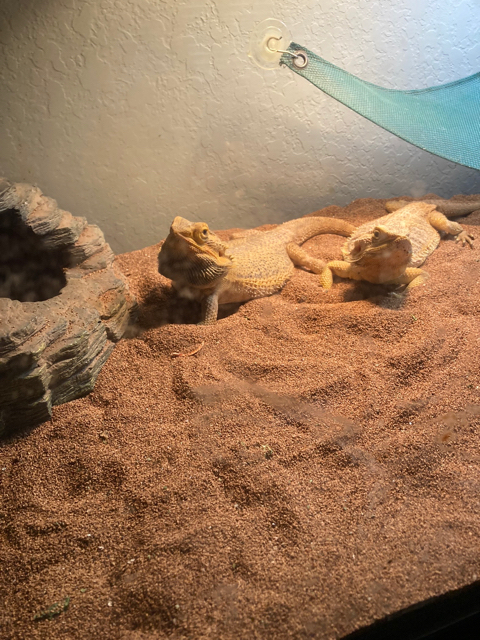 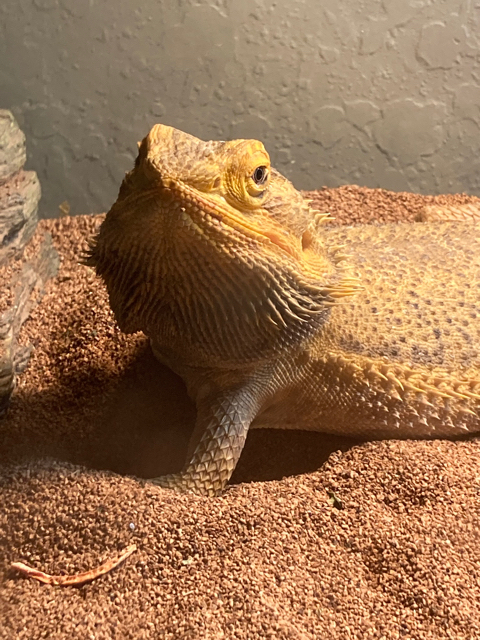 See how his beard is kinda dark.