We had her on New Year's <a href="https://play.google.com/store/apps/details?id=com.glow.android.eve">Eve</a> of 2015. She was already perfect in my eyes. I knew she had a battle to overcome. She had a heart defect that caused her to be in the hospital most of her life. When she had her first surgery we almost lost her. Some how she made it though. In April of 2016 she was able to come home. It was the best day of our lives. Then after two weeks it was over. She passed away. I came home from work and she was just fussy so I took her a bath and when I was drying her off she just went limp. I screamed for my husband and called 911. They rushed her the children hospital were she was pronounced died. We miss her so much. The holiday is not the same without her.

We did find out I was pregnant in October 2016 but had miscarried. It felt like we were reliving that nightmare all over again. We cried and we still do. Now we are pregnant again and we hope this is our rainbow baby because we can't take anything else that could break our hearts.

Here is a pic of our Baby Mia 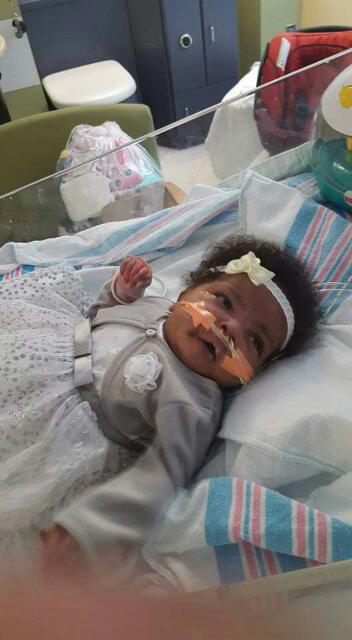