My little man had been measuring big from about 30wks on. I have had 2 previous successful vaginal deliveries of 2 girls weighing 7lbs 11ozs & 8lbs 13ozs. I had gestational diabetes this time around so was monitored with ultrasounds 2 per week from 34 wks on.

On June 26th (39 wks) went into the hospital for a planned induction. I was already 3cm dilated and actually woke up that morning having contractions, and was already in a good pattern when I got there at 7am.

The Friday prior to this I had my last ultrasound and my little man's estimated weight was 9 lbs 8ozs. I had a team of 4 OB'S and they all wanted me to consider c-section due to his size. I declined... and hopefully will not have to regret that decision.

My labor was perfect. Got to the hospital in good contraction pattern, and progressed well. My dr. broke my water at about 10am, and by 3:15 was ready to push. 7 mins later my son's head came out, but his shoulder was stuck. It all seems surreal now, but it was the longest few mins of our lives. After preforming a few different techniques, Jakob was finally born. His cord was wrapped around his neck 2, and he wasn't breathing. Thankfully a minute and 19 seconds later he cried.

His left arm, face & back were bruised from the delivery and he immediately showed signs of Erb's Palsy. His left arm just hung at his side while his right was flailing all about. I was CRUSHED with guilt over wanting an easier recovery, and potentially causing permanent damage to my son by going for vaginal delivery rather that c-section.

Thankfully he started regaing the use of it little by little, and most people wouldn't tell the difference now. He will begin physical therapy this week to help speed up and hopefully make a 100% recovery. 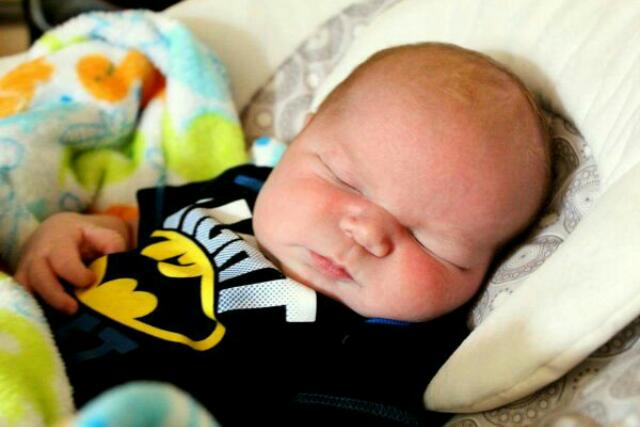