Moms with no chill.

So a video popped up recently on Facebook which showed a series of text messages between a mother and her 18 year old daughter. The video explains that the daughter was spending time with a friend before leaving for college. The mother texts her daughter asking, "where are you? Before you lie, where is your car?" She then asks her daughter to send a series of selfies with her friends with her thumbs up, lights on, etc. The caption the daughter put was along the lines of "I think it's safe to say my mom doesn't trust me."

Reading the comments it was pretty obvious people were viewing this in many different ways. 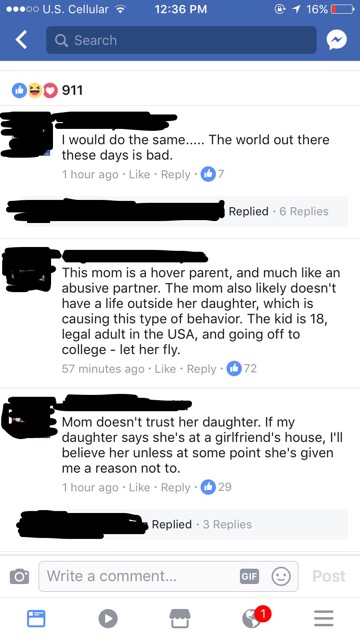 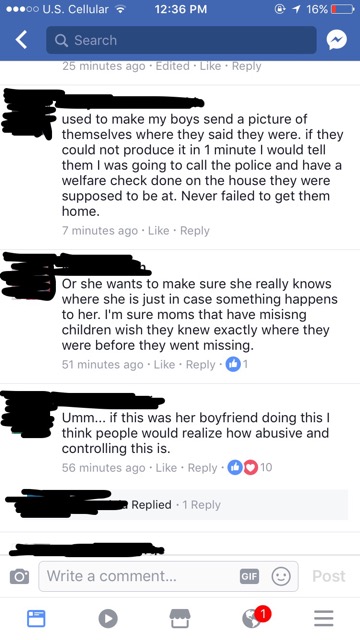 What are your thoughts on this? Do you think mom is a helicopter parent, or people are just too uptight?