What are these bumps on my tattoo?

I just randomly started getting these bumps on my tattoo but there's tons of them. You can't see all of them because the tattoo camouflages the bumps out but where it's just skin you can kind of see them. Just randomly showed up a month or two ago but there getting more and more lately. They're itchy and they'll also get sore if I just barely itch them. I've had this tattoo for over a year now so I don't think it's the tattoo necessarily because I've never had problems before. I know you guys aren't doctors but maybe someone's had this problem? The bumps are only on this one spot, no where else on my body but there's tons of bumps. Just hard to see because of my tattoo. They're mostly clumped up on the shaded part. 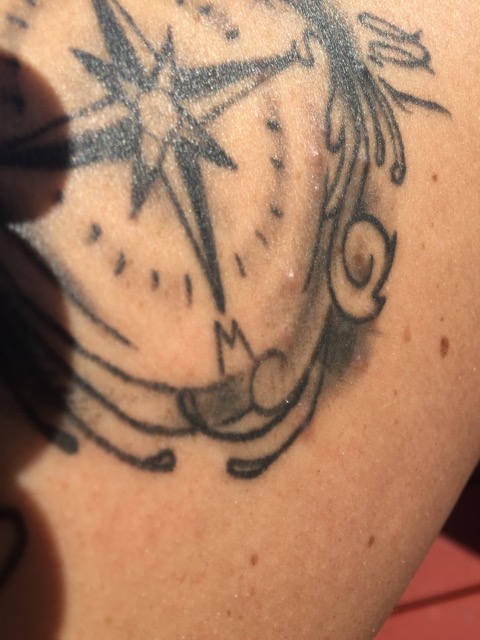 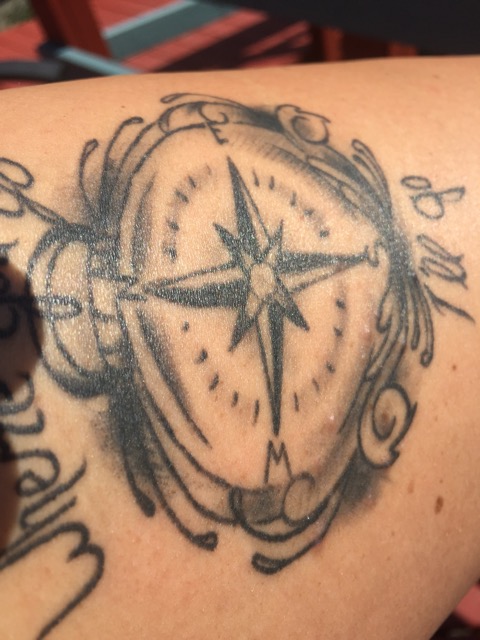