ADVICE! Boyfriend mad about my rape..

My boyfriend and I were talking earlier today about how one of the guys messaged me a few days ago asking for forgiveness and I’m not ready to forgive.

When I talked to my boyfriend about it, this is what he said. 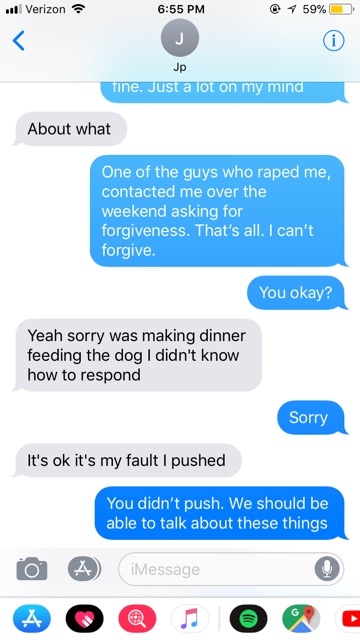 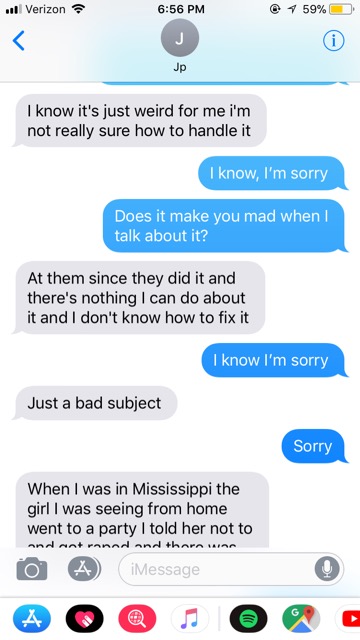 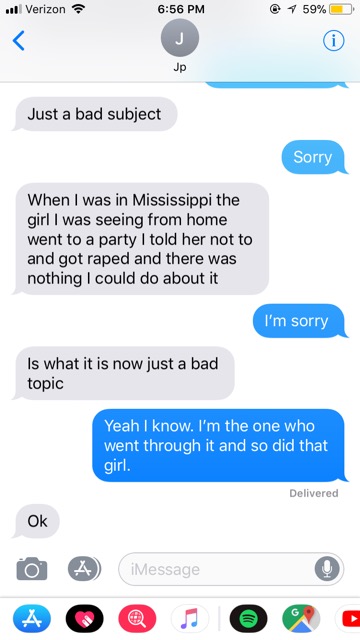 Am I crazy for getting mad because of the way he reacted to it? I was the one who was raped, more than once. Not him. He doesn’t have the right to be mad when it happened to me.

Opinions please. I don’t know if I’m over reacting

Pretty sure we just broke up.

UPDATE 2: we haven’t broken up but I told him if we don’t start talking about things then the relationship will end. We never talk about anything. I don’t even know what his childhood was like besides the fact that he has an older sister and his parents are divorced or the time he went to Ireland when he was 8years old. I know nothing about him.