At 1:15 pm on 10/18/17, I had an ultrasound scheduled to check the baby's weight. I was overdue by 6 days, so we were expecting a 7-8 pound baby. During the ultrasound the tech could not get the baby to move. She prodded and shook my stomach for 30 minutes. The baby's heart rate was at a nice and strong 145 bpm, and I had felt her move around 6-7 am that morning. I of course began to panic. After the 30 minutes were up the tech told us that the baby was measuring 6 lbs. and 11 oz. and she was going to send us to a waiting room while she brought the ultrasound results to my doctor.

When the doctor finally called us into her office she told us that the baby is measuring small and because she didn't move they wanted me to go straight to the hospital for monitoring. I was so scared that something was seriously wrong with the baby. The doctor told us not to go home and get our bags or stop to get something to eat, just go straight to the hospital. I was with my mother, so I had to call my husband to get off work and meet us there. I could barely control the shake in my voice.

Once we got to the hospital it was pretty smooth since they were expecting us. They hooked me up to some monitors to watch the baby's heart beat and an IV. After my first bag of IV fluids the baby started moving around and everything was looking really good. They said that I was just dehydrated. Since I was already 40+6 they decided to go ahead and admit me to be induced. The plan was to insert cervidil at 9 pm and start pitocin at 5 am. I had been 1 cm dilated, 60% effaced, and at station -2 since 38 weeks.

After the cervidil was inserted I tried to get some sleep, but woke up around 1 am with mild contractions. My contractions started coming stronger and at 4:30 am my cervidil fell out with my bloody mucous plug. The nurse came in to check my dilation and I was only at 3 cm and 70% effaced. The baby's head was very low and I was having a lot of rectal pressure.

The nurse started my pitocin drip around 6 am. My contractions started to pick up pace and strength. I was having them one after the other with only a few seconds in between. I began to feel nauseous and I felt like I needed to defecate. The pain was horrible and although I always wanted an un-medicated birth, I was so tempted to tap out and get the epidural. So the nurse came in to check me and at that point I had been running to the bathroom every few minutes because I felt like I had to go real bad. The nurse checked my cervix at 7:30 and told me if I wanted the epidural that now was the time to get it because I was 6 cm dilated. I told her I'd have to think about it because I really didn't want my birth to happen that way. She said okay and as she was throwing away her latex gloves and turning to leave the room a contraction hit me. I snatched her arm tightly and told her I needed to poo right now. She looked at me wide eyed and grabbed another set of gloves to check my cervix. I had went from 6 cm to 10 cm in less than 5 minutes.

The nurse paged the other nurses and said that they needed to get a table set up ASAP because the baby was coming and she couldn't stop it. The doctor was not even in the building at the time. Pushing was the absolute worst. I was yelling that I couldn't do it and I wanted to stop. I could feel her head move into the birthing canal. My water ruptured as she was crowning and the nurse saw meconium in it. I started to panic. They placed an oxygen mask on me to help keep the baby's heart rate up. She was out in 4 pushes. I felt myself tear in two places. My husband said the first thing I asked when she was out was "Is she cute?" but I was so loopy from the pain that I don't even remember asking that. She had defeated after entering the birth canal so thankfully she hadn't aspirated the meconium.

The doctor on call finally came in to stitch me up. I had torn the inside on my vagina and the top opening of it. Honestly feeling the stitches go in was worse than the labor. The nurse was massaging my uterus to make sure it was contracting back down, and it was so painful. Then going to the bathroom for the first time after was an awful experience. Everything is so sore and I was so exhausted. I'm so glad my sweet girl was okay. She made all the pain worth it. I love her so much. 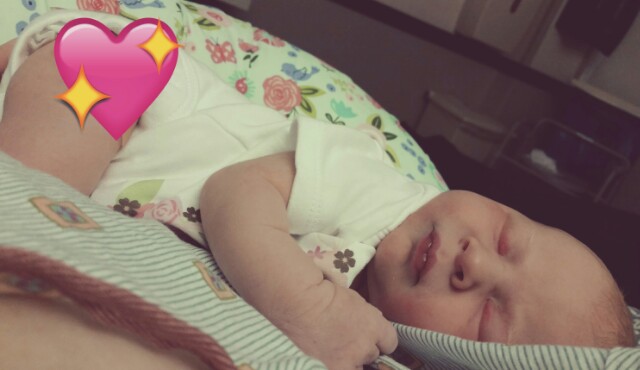 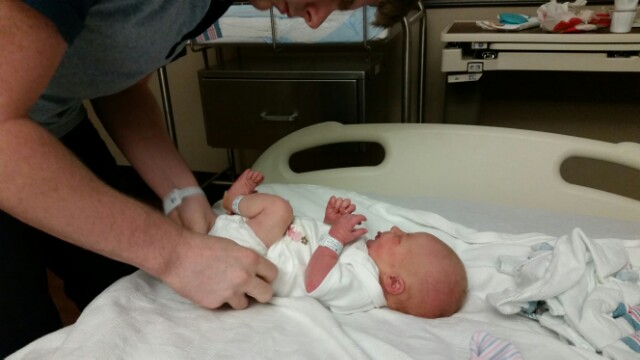 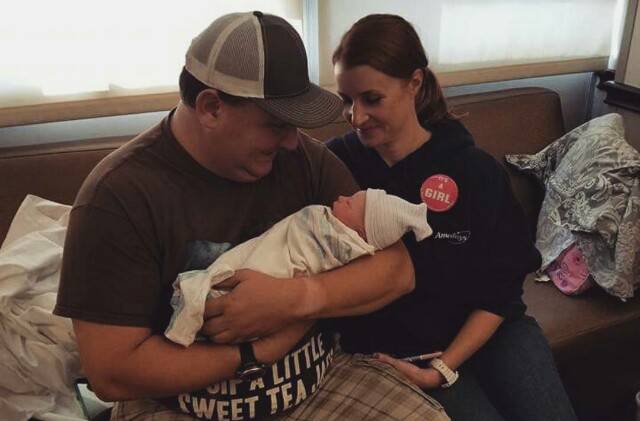 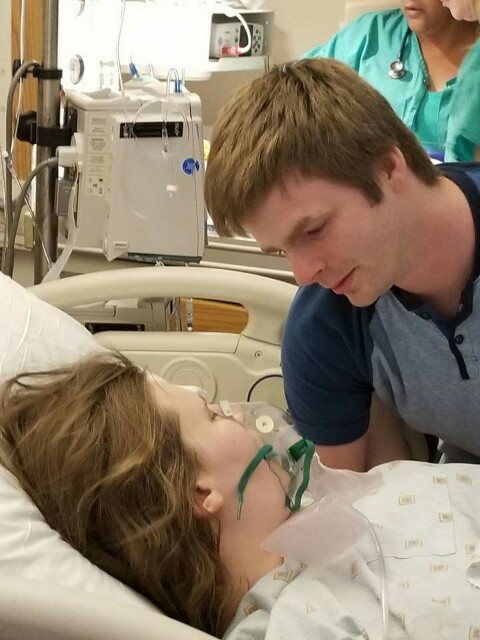 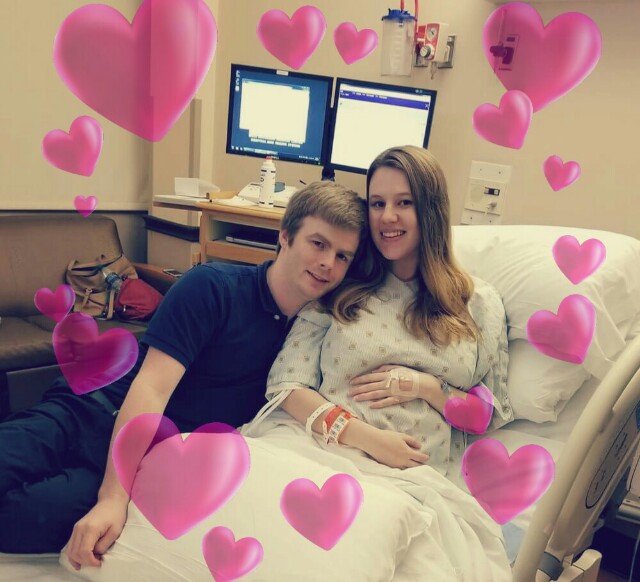