Hey ladies! I just felt like sharing my breastfeeding journey, it has not been easy! A little background, I had my first child back in 2014, that I was expecting to be able to breastfeed. It didn’t turn out how I wanted to say the least. My son was just under 6lbs and they supplemented him with formula right off the bat at the hospital. After we got home I wasn’t feeling confident in breastfeeding as he had mainly relied on formula in the hospital, so at 3 weeks he started formula exclusively after many frustrations. This time around with my second child I was determined to breastfeed and had so much more knowledge about the world of breastfeeding and felt prepared! My daughter was born in June, right after birth I tried to put her on the breast, and it was awesome. That night I tried to feed her and it just wasn’t working, I couldn’t get her to latch, I thought I was for sure doomed. The nurses had me pump what very little colostrum I could get. I saw lactation consultants at the hospital, no tips were much of help. She just wouldn’t latch. After getting home I tried over and over again to latch her, for HOURS. I eventually stopped trying, and just pumped. I absolutely hated it, but she was happy and that’s what matters. I did that for two weeks before finally trying out the nipple shield, she latched right away! Someone had suggested to me that she may have a tongue or lip tie, took her in, and she had both! We got the tongue revised, but even after the constant exercises it still reattached. I decided I couldn’t go through with her getting it cut again, and left it at that. Within the first 3 months of her life, I had mastitis 4 times with 104 fevers, a nipple cracked/split open from top to bottom, a baby that would not sleep more than 45 minutes all through the night, and she ate 15+ times a day. Shortly after I began getting stabbing pains, I was eventually diagnosed with Raynaud’s phenomenon in breastfeeding. All of this on top of having petty flat nipples. I was feeling pretty done. But I stuck it out, and here we are at almost 7 months still going strong! No more mastitis, no more crying, no more waking up every 45 minutes, and no more stress. Breastfeeding is seriously the hardest thing I have ever done. We still use a nipple shield, she still eats 8 times a day and breastfeeding is still not my favorite. I totally support those who decide to do extended breastfeeding, but it’s just not for me. I have the worst breastfeeding aversions, and just really want to make it to a year! Some people dread weaning, but I can’t wait to be done. Posting a picture of my freezer stash because I’m super proud! I started pumping once a day, in the morning, when she was almost two months and this is the result! My supply is the only thing I haven’t struggled with. (I apologize if someone finds it offensive. I posted the picture on a breastfeeding page on Facebook and people were offended that I wasn’t thinking of the people with low supply. They also complained of the soda containers while breastfeeding, which I got from my in laws, not even mine 😂) Sorry this was so long, drawn out, and all over the place! I just needed to share 😄 Picture of my kids at the bottom from Christmas because I think they’re cute 😘❤️ 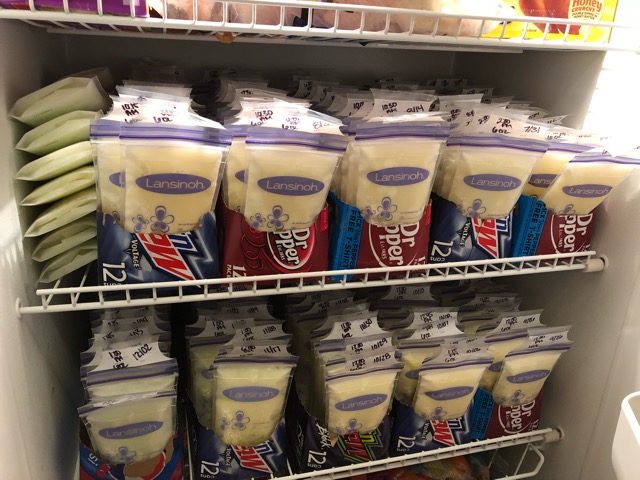 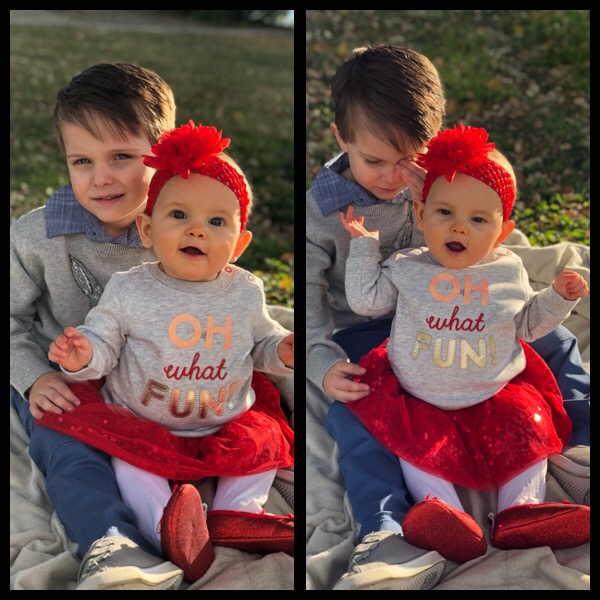